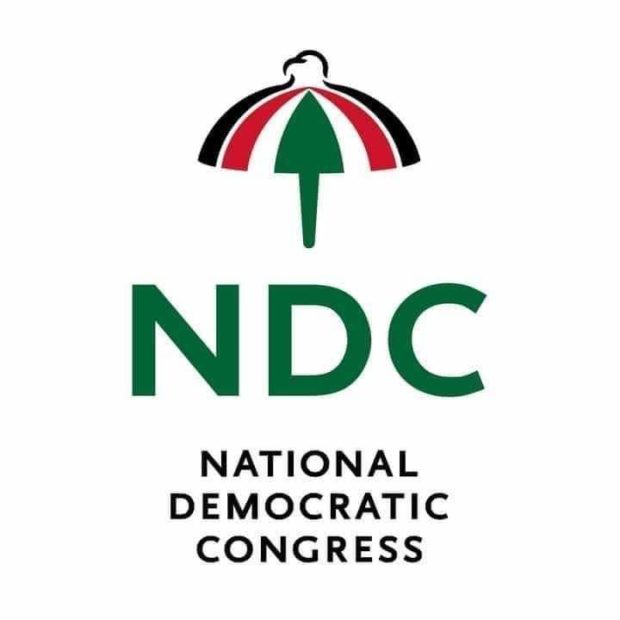 The Functional Executive Committee of the National Democratic Congress( NDC), has suspended 10 members of the NDC California branch.

A press release signed by the General Secretary, Mr. Johnson Asiedu Nketiah stated that the Functional Executive Committee of the party considered a report submitted by the Deputy Director of International Relations, Mr. Fred Agbenyo through the Director of International Relations Hon. Alex Segbefia about the happenings with the California branch of the NDC-USA Chapter.

The following are the suspended members

Read the full press release below:

INDISCIPLINE AND ANTI-PARTY BEHAVIOUR BY SOME CALIFORNIA BRANCH EXECUTIVES

10. Pius Opoku) of the California Branch at a meeting called by a Vice-Chairman passed a resolution to suspend and dismiss their chairman from the party.

According to them, they intercepted an audio on which the Branch Chairman was allegedly heard making some defamatory comments against a vice-chairman. The conversation on the alleged audio was purported to have taken place in 2018.

They circulated the so-called suspension/dismissing letter on several social media platforms and in the print media and cautioned the general public not to deal with him as a chairman of the branch.

I reported the incident to my boss and we agreed that the chapter chairman should arrange a meeting with all the Branch executives of California for us to, go into the issue.

I relied on articles 14, 48 and 49 of the party’s constitution to declare their meeting and the decision to suspend/dismissed the chairman null and void. I subsequently admonished the chapter executives to invite the persons involved to appear before the chapter disciplinary committee to answer questions for the actions:

l . A branch vice-chairman calling for a branch meeting without recourse to the chairman.

2. For going against the advice and admonition of the chapter Secretary not to hold the said meeting.

3. To explain their locus to issuing a suspension/dismissing letter.

4. For causing the purported dismissing to be published on social and print media platforms.

5. For suggesting/stating that the party headquarters has no locus to determine how their branch is organized and run.

6. For disrespecting and abusing the deputy director of international relations at whose instance the meeting was organized and bringing the meeting to an abrupt end.

I also advised the aggrieved group to petition the chapter if they have any reservations about his conduct in line with article 49 of the Constitution.

This advice didn’t sit well with the aggrieved members. They verbally abused us and questioned our capacity in Accra to determine how they ran the party at their branch. It became chaotic and so the meeting was brought to an abrupt end.

I wish to recommend that the branch members involved are suspended and asked to appear before a disciplinary committee to serve as a deterrent.

From: The Vice Chair, NDC California

1.This is to formally inform you that you have been Suspended from the California Branch as the Chairman and a member of the National Democratic Congress (“NDC”) party, effective immediately, in accordance with the steps laid out in articles 48 (1 ) (2) of the Party’s Constitution under Discipline.

(1) “The discipline of any Party member shall be exercised by the respective executives of the Party at the various levels on the recommendation of the Disciplinary Committee of that level, except that the Executive Committee at each level may suspend a member from membership of the Party or from holding any office in the Party for a period not more than six months before the commencement of disciplinary proceedings against that member if it is considered that the suspension is in the interest of the Party.

(2)Where the Executive Committee suspends a member pending the commencement of disciplinary proceedings against that member, it shall within one month after the date of the suspension refer the matter for adjudication by the Disciplinary Committee.’

2.This action by your fellow Executive members is based on credible allegation of violation of said code of the Constitution. You are therefore hereby requested to hand over all items and properties belonging to the Branch immediately, including but not limited to all Branch documents.

3.On the 20th of January 2022, the Branch received a petition from the Branch Women Organizer about a voice recording of you and one Isaac Lamptey of Ghana concerning the background of Comrade Arnold Appiah, a member of the party at our California Branch.

4.In the recording, a copy of which we have in our possession, you rightfully introduced yourself as a Branch Chairman of NDC California Branch and proceeded accordingly.

5.In the recording, criminal allegations and other unprintable words were used against a respected member of the Branch, Mr. Arnold Appiah, which seeks to embarrass the Branch and bring the image of the Branch into disrepute.

6.Having introduced yourself as the Branch Chairman in the recording, we find it objectionable that you did not inform the Branch of any upcoming due diligence on a member.

7.Further, the results of the due diligence were not presented to the Branch Executives but was rather posted on the NDC USA Chapter’s general WhatsApp social media platform, and as a result, was used to ridicule the member and defame his character, as well as brought shame to the Branch.

8.As part of our due diligence into the petition and alleged violation of the Constitution, we sought to get your side of the story and your response was, to some effect, you were persuaded by the NDC USA Chapter Chairperson and other members to do so and some other unnamed NDC USA Chapter Executive members asked you to do so. You further stated that you did not deem it important to let the California Branch Executives know of this act.

9.We asked for the motive behind it, and you refused to cooperate with the Branch Executives.

10.Due to the magnitude of the allegations and the contents of the recording, as well as your subsequent conduct, the matter has created unnecessary tension and disunity within members and demoralized the entire Branch.

11.Moreover, you appeared unremorseful of the fall out of the recording and even stated “its politics”. As a Branch, we do not subscribe to and believe that our Party subscribes to destroying the image of other members as part of our mission and cause. Hence, you’ve lost the moral authority and ethical right to continue to lead us while the investigation is ongoing.

12.At a meeting held on the 7th of February 2022, of which you were invited but failed to attend, members of the Branch Executives present voted unanimously to continue the meeting, which eventually led to the Executives coming to a decision to have you suspended while investigation into the matter commences.

Members present at the meeting were as follows:

13. We have, by a copy of this memo, refer the matter to a 3-member non-Executive Disciplinary Committee for further investigation and recommendations.

According to our source,the meet why he mentioned the name of ing started with a lot of interroga- Vivian and the others. He took full tions centered on who has the con responsibility of lying to his fellow stitutional right to call for meetings. branch executives and also lying The meeting also was used as a on others in the tape. We at tool to clear Vivian Dadzie’s alrea- The Extra News believe, this was dy tainted name,” That was all a clear case of “SCRATCH MY Califomia Branch Chairman

John Duah was the one who pro mised to raise an amount of One million Dollars for the campaign of H.E John Mahama leading up to the 2020 elections, Finally,Fred Agbenyo Started by talking about how he rose through the ranks in

There is fire still burning in California.The branch is now splited into two because of the recklessness of the Chapter Chairperson, Vivian Dadzie and the Deputy Director of International Relations Fred Agbenyo. The much anticipated meeting that was scheduled by Vivian  Dadzie was nothing but to flex her muscles as the Chapter Chair and clear rather Fred Agbenyo Vl’vqan Dadzte: NOC USA Chapter JOHN OUAH: suspended NOC

they cared about” our source BACK I SCRATCH YOUR BACK” the party and that he knows how said. John Duah was asked where They probably told the laying John things work. granted, then started ther Vivian Dadzie sent him on Dua; “we know Vivian Dadzie sent issuing threats of discipline to the that diabolic mission in the name you on a witch hunt but the public California executives, that’s was of due diligence as alleged on must not know, because she still when the meeting became chaotic. the second tape. The embattled wants to retain her seat. Lying Emotions skyrocketed and the John Duah said no and continued John, go out there and take res meeting had to be ended prematu by saying, that day, he had a lot possibility and we will protect rely. To be continued..

on his mind so he was not too sure you”. Our source said, this same Story By: Ahmed Sansu

ALL ABOUT THE BIG WORLD WE LIVE IN EXCLUSIVE NEWS TODAY

The NDC USA Chapter chairperson, Madam Vivian Dadzie and some executives of the chapter are alleged to have been the brains behind the defamatory audio making rounds which lead to the suspension of Mr. John Duah. The Extra News has intercepted some audios extracted from a meeting held in Los Angeles by the Branch executives of the NDC. On the audios, Mr. John Duah was on the hot seat been grilled to provide reasons for the recording and the motive of making it public before the branch executives got a wind of it. In his struggle to provide answers, John Duah emphatically mentioned the name of the chairperson over and over. He (John Duah) also alluded to the fact that since the branch didn’t send him, he sent the audio to ‘Madam’ referring to Vivian Dadzie. Our checks further revealed that a meeting has been scheduled between the California branch and the Chapter executives for tomorrow Friday February, 2022. This meeting is going to be a litmus test of her leadership and one of the many reasons she is trying to renew her mandate to continue to lead the NDC in the USA.ls she going to admit to the allegations that she is a co-consiprator in this matter and use her position to shield the embattled John Duah? or is she going to distance herself, clear her name so she can run on a clean record, throwing John Duah under the bus. Only time will tell. Watch out for more. story By:

Accra: Ghanaians hit the streets in protest against the introduction E-levy dubbed “Yentua”