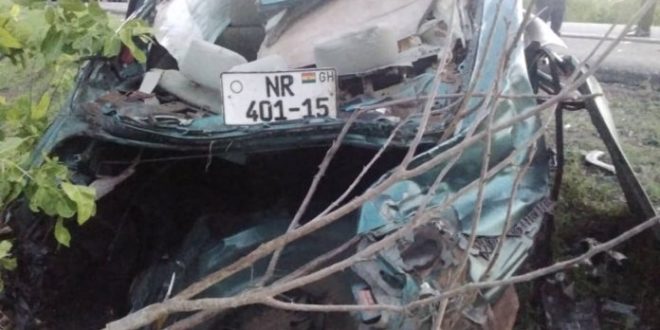 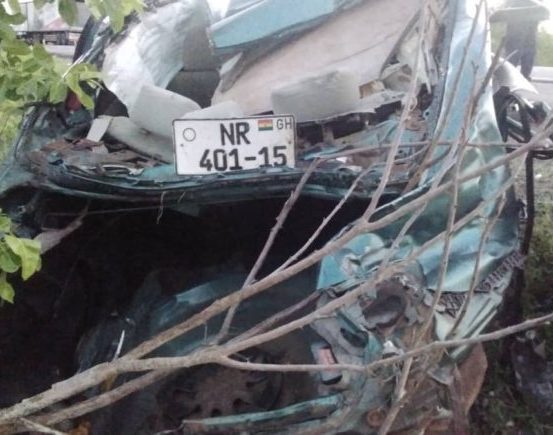 Three persons escaped death after their car collided with a trailer at Sawaba No2 on the Buipe-Tamale highway.

The saloon car involved was severely damaged but the occupants, including a child survived.

The victims in the saloon car were rushed to the Buipe Holistic Medical Health Center for treatment.

But driver of the trailer did not sustain any injury. He, therefore, appealed to the police and National Road Safety Commission to help remove damaged vehicles on the road to avert such crashes.