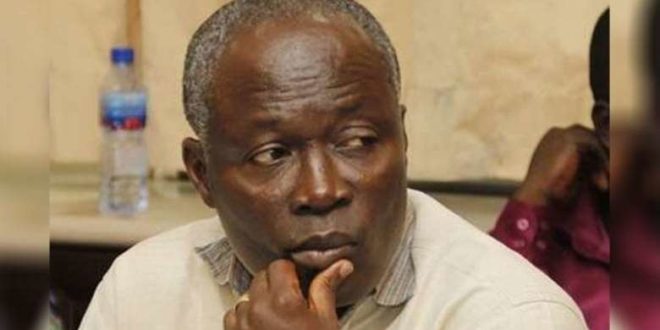 The Nii Odoi Kwao Family in Accra has called for the arrest of the Member of Parliament for Odododiodio Edwin Nii Lante Vanderpuye regarding issues surrounding the Achimota Forest lands.

This comes after Mr Vanderpuye stated earlier that he is a member of the Owoo family, the family said to be the original owners of the Achimota Forest land prior to it being acquired by the state years ago.

“The said land was acquired by Nii Owoo and my great grandmother, Florence Naa Kwarley Quartey Vanderpuye. After leaving Vanderpuye, she (Naa Kwarley) married Nii Owoo. She was quite rich, she owned a lot of lands and she gave a lot of lands out for public good.

“I grew up to get knowledge (of this history) from my grandfather. So, in the cause of time, I felt that we the matrilineal side, the Vanderpuyes, we have not been treated fairly, so I contacted our cousins the Owoos and said [look the land was acquired by our great grandmother and our great grandfather, it looks like you have taken us out].

“So, instead of litigating we joined forces to petition, in fact, we started from the days of Jerry John Rawlings… he (Rawlings) was so passionate, you know his mother also married into the family… he was so particular about this and he said I went to Achimota School and I will not allow even a quarter of this land to be taken away. He even got mad with the extension of the golf course to eat into part of the forest,” he is reported to have said on Accra-based Metro TV.

But the Odoi Kwao Family at a press conference in Accra said : “It happened that there is a lawyer called John Adusei who said he is speaking on behalf of the Owoo Family of Osu.

“Secondly, Nii Lantey Vanderpuye, the Member of Parliament for Odododiodoo Constituency in Accra here also spoke that he is part of the petition for the land to be given. We the Odoi Kwao family are saying that the purported Owoo Family of Osu to whom the land was purported to to have been given to, are scammers, they are criminals and therefore they have to be found and prosecuted.”

Previous NAGRAT threatens strike over non-payment of 20% COLA
Next Terrorist attack: I have a feeling something bad is about to happen – Dormaahene