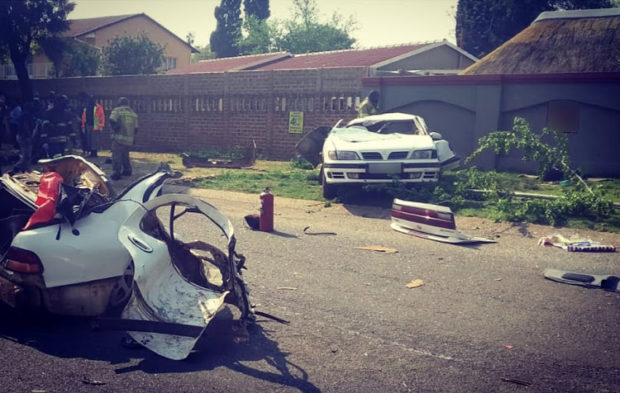 Three men were killed and two others left injured on Monday morning when a light motor vehicle crashed into a tree.

“Paramedics arrived on the scene at 9.20am to find a light motor vehicle split in two. Several people were found lying around the wrecked car.

“Medics assessed the patients and found that three men, believed to be in their 20s, had sustained numerous fatal injuries. Nothing could be done for them and they were declared dead.

“Two other patients were found to have sustained serious to critical injuries. The patients were treated and immediately transported to hospital for further care.”

Meiring said the details surrounding the crash are not yet known, but authorities were on the scene for further investigations.