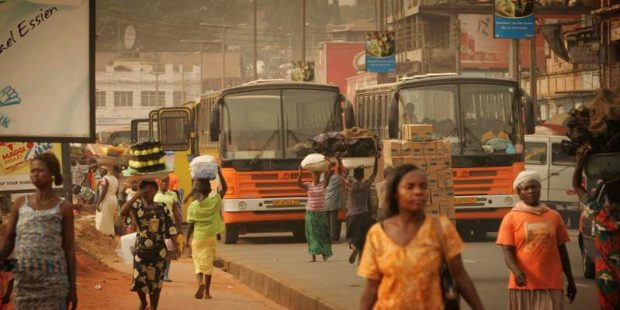 On 25 September 2020, gunmen raided police stations in Mepe and Aveyime, two little-known towns in the Volta region of Ghana. The armed men were reported to belong to the Western Togoland Restoration Front.

This is one of two or more separatist groups campaigning for the creation of a new nation from the boundaries of the former Trust Territory of Togoland under British administration, which has been part of Ghana since 1956.

The armed men seized two police vehicles, injured a police officer on duty and made off with a number of weapons. Before the situation could be brought under control, the attackers had blocked major roads leading to and from the area. They hoisted their new ‘nation’s’ flags and demanded that Ghanaian security agencies leave ‘their territory.’

Ghanaian authorities managed to contain events, but the group resurfaced four days later with an attack on a public bus station in Ho, where they set ablaze two vehicles.

The emotive nature of these incidents, the group’s history and the ramifications for one of Africa’s most stable countries raise questions about the threat to Ghana and the management of secessionist tendencies in post-independence Africa.

Africa’s framework for managing such claims and demands for self-determination is anchored on the principles in Article 2 of Resolution 16(1) of the 1964 Organization of African Unity’s Cairo Declaration. African states pledged ‘to respect the borders existing on their achievement of national independence,’ which means all borders are held to be inviolable. Since independence, this is one of the few principles to which all African countries resolutely subscribe.

African leaders have condemned all secession attempts since 1964, including in Nigeria’s Biafra, Senegal’s Casamance, Angola’s Caprivi and northern Mali’s Azawad. They have re-articulated their stance on the issue in Article 4(b) of the African Union’s (AU) Constitutive Act. The establishment of the AU’s border project also shows how seriously African leaders view the issue.

Africa’s tough stance against secession has ensured that state boundaries remain roughly the same as they were at the end of colonial rule – except for Sudan and Ethiopia – despite the continent’s many internal diversity management challenges.

Compared to other regions globally, Africa has experienced the fewest attempts at secession. In some instances, issues have been settled through international arbitration. However, Africa’s key assumption that ‘the borders of African States, on the day of their independence, constitute a tangible reality’ doesn’t consider that not all territorial borders are clearly demarcated. It also glosses over the reality that not all groups accepted the territories they found themselves in at independence.

By adopting the principle of inviolability, African groups were left with no room to question colonial territorial allocations or correct demarcation mistakes. As a result, pre-independence secessionist aspirations and self-determination demands were suppressed. It has also made it difficult for AU member states to agree on situations such as Western Sahara and Somaliland.

In the case of the British Togoland crisis in Ghana, irredentist demands by Ewe ethnic nationalists predate the country’s independence. Even though the United Nations (UN) General Assembly approved the union of the territory with the Gold Coast, successive governments in post-independence Ghana have had to deal with various shades of the same crisis.

The resurgence of the issue in 2020 along with crises such as the Ambazonia conflict in Cameroon show the failure of governments and the AU to manage the problem. They also show that secessionist tendencies, unless properly addressed, cannot be ignored.

The 2011 acceptance of self-determination in South Sudan, however, suggests that there are established exceptions to the inviolability of colonial borders. At its 16th summit in 2011, the AU stated that South Sudan was an exception and didn’t ‘call into question the sacrosanct principle of respect of borders inherited at the accession of African countries to independence.’

By accepting that there are exceptions though, the AU should clarify what the requirements for such cases are. This will give territories considering a peaceful breakaway a framework for engagement. In the absence of such guidance, secessions in Africa have usually been militarised, with dire implications for human security.

Separatist demands suggest unequal relations among groups and managing secessions is thus a governance issue. The rise of secessionist movements can indicate an underlying crisis of legitimacy linked to governance deficits, inequitable distribution of resources and unequal political representation of marginalised groups. Good governance is the antidote, rather than the use of the military.

Members of Ghana’s opposition have emphasised the political undertones of the secessionist flare-up ahead of the December 2020 elections. Ghana’s government has declared its intention to crush the separatist movement. This approach rarely works and offers only a temporary solution. Repression can also result in the crisis returning in a more sophisticated form.

The importance of border issues in Africa – which usually underlie secessionist calls – cannot be overemphasised. The AU’s border project hasn’t received enough attention in the institution’s ongoing reform process. It should be an important part of the reformed structures at the AU Commission.

Although the AU tends to consider situations such as the Western Togoland conflict a domestic issue, these crises threaten the stability of states and their neighbours. Regional bodies and the AU must keep these matters on their radar from an early warning perspective. DM

This article was first published in the ISS’s PSC Report.