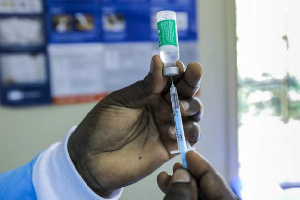 A handful of vaccine holdouts in the world’s least-inoculated continent could pose another big challenge for global efforts to end the pandemic.

Burundi, Tanzania and Eritrea have so far rejected the World Health Organization’s advice to register for Covax, an initiative to distribute vaccines to poorer countries, with some officials downplaying the impact of Covid-19 and effectiveness of jabs that have allowed several countries to begin opening up.

While Tanzania’s new president, Samia Suluhu Hassan, has now appointed an advisory council, which recommended the country join Covax, the government has yet to say whether it will follow the advice.

The danger is that while the rest of the world slowly returns to normalcy, the virus will spread in these African nations, mutating into variants that can evade current vaccines, cause deadly new waves and spread far beyond their borders.

“If you allow the virus to continue to circulate anywhere, it allows the virus to mutate,” said Shabir Madhi, a vaccinologist from Johannesburg’s University of the Witwatersrand, who led a trial of AstraZeneca’s shot in South Africa. “Those variants are going to be a consistent threat not just to those countries — but globally.”

Together, the three African holdouts have a population of about 75 million, a little smaller than Germany’s, providing an ample reservoir for mutations to develop, much as they did in England, Brazil, South Africa and India. Highly-transmissible variants first identified in those countries were later detected in different parts of the world.

And the most mutated version of the coronavirus discovered to date is believed to have come from Tanzania, where people go about their lives with minimal precautions and no shots have been ordered so far.

“They declared they had no intention to join Covax,” Phionah Atuhebwe, the WHO’s new vaccines introduction medical officer for Africa, said. “We can only continue with advocacy.”

So far, that advocacy has made halting progress.

In what seemed a break with his late predecessor, Burundi’s President Evariste Ndayishimiye declared in July that Covid-19 was the country’s “biggest enemy.” Former President Pierre Nkurunziza, who died in June amid speculation he’d contracted the virus, had scorned the disease and expelled WHO officials, saying his country was protected by God.

Yet almost a year on, Ndayishimiye has not secured vaccines, saying the battle had already been won. Burundi’s government says vaccines aren’t fully effective and long-term side effects are not understood though it’s allowed soldiers serving in peacekeeping missions overseas to receive them.

“Our position is that these vaccines are still on a trial,” Thaddée Ndikumana, Burundi’s health minister, said on May 4.

Eritrea still hadn’t decided on its approach, Information Minister Yemane Ghebremeskel said. Tanzania’s Suluhu Hassan has promised a shift away from her predecessor’s approach, and is now considering vaccinations. The late president, John Magufuli, who dismissed the severity of the disease and advocated steam treatments, died in March of heart ailments. There was speculation he’d also succumbed to Covid.

While there are other nations who’ve yet to immunize anyone, they at least plan to do so. Madagascar, which touted an herbal remedy, ultimately signed up for Covax on April 1.

“We have porous borders,” Atuhebwe said. “The biggest worry is the mutations.”

In a continent with the world’s lowest vaccination rate — just 24.2 million doses have been administered to a population of 1.3 billion, according to the Africa Centres for Disease Control and Prevention — the perils of waiting are already evident.

Source: bloomberg.com
Related Topics:BURUNDIEritreaTanzania
Up Next