Home / AFRICA / CONVID-19: The seven hardest-hit districts in SA and why lockdown can’t be lifted yet 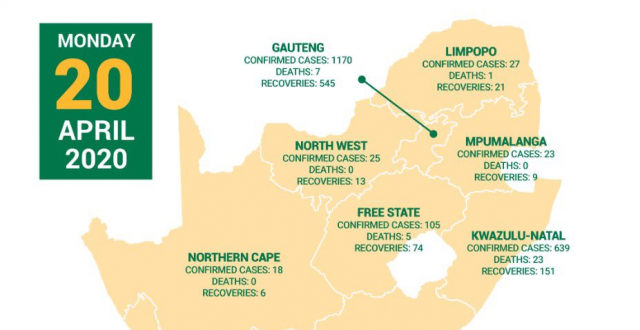 CONVID-19: The seven hardest-hit districts in SA and why lockdown can’t be lifted yet

As government consultations continue over the possibility of lowering lockdown levels at the end of May, early analysis by the Department of Health has revealed the seven hardest-hit districts likely to remain at high risk stages.

Ekurhuleni metro in Gauteng, eThekwini metro and iLembe District in KwaZulu-Natal, Buffalo City and Nelson Mandela Bay metros in the Eastern Cape as well as the Cape Town City metro and the Cape Winelands district in the Western Cape have the highest number of Covid-19 infections in the country.

This is based on the average number of active cases between 2 and 8 May per district, which is then compared per 100 000 people of the population.

The Garden Route (WC) and Chris Hani (EC) districts as well as the City of Johannesburg (GP) follow closely behind to make up the top 10 hotspots around the country.

Health Minister Zweli Mkhize explained to News24 that districts were being grouped by the average number of active cases per 100 000 people over a set time period, and categorised in intervals of between 0 and 0.5, 0.5 to 1, between 1 and 5, between 5 and 10 and above 10.

This was shared in a slide given to News24 by Mkhize’s office, which was used to build an infographic showing the levels per district:

Previous 20 Ghanaians die from coronavirus in the US
Next Multi-purpose Pwalugu Dam: Govt promises compensation for farmers, home owners