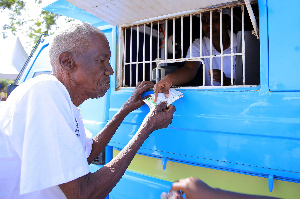 The Equal Opportunities Commission is recommending for the age of the beneficiaries of the Social Assistance Grant for Empowerment (SAGE) to be lowered from the current 80 years to 60.

While speaking to Daily Monitor, yesterday Ms Harriet Nalukenge, the acting commissioner legal and investigations, said the recommendation was reached after a review of the National Social Protection Policy of 2015 held by legal experts and other stakeholders on Wednesday.

“So far, older persons of 80 years and above receive the Shs25,000. We want that this money is rolled out to persons of 60 years and above because in Uganda, a 60-year-old is rendered old, out of public service and, therefore, the State should be able to support them,” Ms Nalukenge said.

She added: “We want the government to make uniform the age at which one is old. We want it to be at 60 years because at that age, most people need that protection.”

The Commission is set to present the recommendation to Parliament before the end of this month.

SAGE was introduced as a pilot project in 2010, specifically targeting labour-constrained older persons. Each beneficiary receives a monthly stipend of Shs25, 000.

At the start, the programme covered persons of 65 years and above but it was changed to 80 years in 2019, following Parliament’s recommendation for the programme to be extended to all districts.

According to the Uganda Retirements Benefits Regulatory Authority (URBRA) annual report 2017, as of March 2018, at least 190,466 of Ugandans aged 65 plus were covered by SAGE.

The National Population Census of 2014 indicates that persons between 60 and 64 make up 1.3 per cent of the population. Those that are 65 and above make up 2.7 per cent, bringing it to a total of 4.1 per cent. Social protection programmes are put in place to ensure that nationals can afford a decent life in times of vulnerability. Example in Uganda is SAGE and the National Social Security Fund.

“A national Social Protection Act should be drafted to allow the implementation of the policy. The policy as it stands is not enforceable. When an act comes into place, people will demand their rights and the state will allocate resources,” Ms Nalukenge added.
She also said the commission has recommended special consideration for the youth, who although able-bodied, are likely to remain unemployed because of poverty.

In July, the government promised to look into challenges faced by older persons in accessing monthly payment under the SAGE. Ms Peace Mutuuzo, the State Minister for Gender and Culture, said some elderly people had not received their payments due to lack of National Identity Cards or discrepancies in their ages against what appears on their National IDs.

She revealed that changing age from the one indicated on the National Identity Card would require a legal process that involves swearing affirmations besides the need for support services from local authorities.