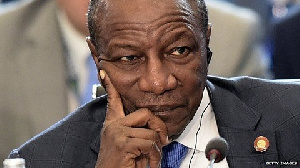 • Some Ghanaians supported the coup in Guinea

• Guinea‘s president, Alpha Conde, has been detained by the military

Several Ghanaians on social media have waded into the ongoing unrest in Guinea after a group of military personnel overthrew and detained President Alpha Conde following hours of heavy gunfire at the presidency.

It can be recalled that soldiers in the West African country announced on state television that the government had been dissolved in an apparent coup d’etat.

The country’s borders were closed and its constitution was declared invalid in an announcement read aloud on state television by army leader, Col. Mamadi Doumbouya, who told Guineans: “The duty of a soldier is to save the country.”

But reacting to the pronouncements on social media, some Ghanaians have faulted ECOWAS, particularly its leader, President Akufo-Addo for watching on while Alpha Conde amended the constitution to extend his stay in office for the third consecutive time.

Others have also wished that Ghana suffered a similar fate adding that a coup is what the country currently needed in its state of hardship.

According to such individuals, since Ghanaian leaders have paid deaf ears to the public outcry with regards the #FixTheCountry campaign, citizens should employ a coup to overthrow the government.

Read the tweets below.

The Chairman of ECOWAS is just incompetent. #Guinea

Aunty, just 2015 you were EC chair. Would you have needed the consent of ECOWAS if you had wanted to conduct a referendum? Okay, the fundamental principles of ECOWAS is stated in this treaty. Find to to read please https://t.co/itzx9MWvi2https://t.co/YHsPzg9kKl

If anyone tells you ECOWAS was silent when Guinea amended the constitution to allow Alpha Condé run a third term, the person is ignorant. ECOWAS deployed officials to audit voter register. The opposition in Guinea demanded that https://t.co/VjVNVp68QB

Apparently the ECOWAS congratulated the Guinea president after he fraudulent won the elections by changing the constitution. We eulogize criminals too much . He’s yet to speak about the coup though. pic.twitter.com/fABdooPts9

Those applauding this question really don’t know what a democracy is. How is ecowas to interfere in amendments done by a sovereign state?

Does ecowas issue communiques when we pass laws in Ghana ? https://t.co/hjVFIHYLss

President Akufo Addo will go down in history as the worst ECOWAS Chairman, following a tenure and legacy of coup d’etats and insecurity, high youth unemployment, economic hardship and corruption by African and ECOWAS Heads of States and Governments. #Guineeconakrypic.twitter.com/POZ6qliGh2

The African Union and ECOWAs are useless organisations. See them condemning the coup in Guinea Conakry.

They were quiet when their friend Alpha Konde amended the constitution to extend his stay in office for a third term and was busy shooting Guineans protesting against him.

Where was the ECOWAS chair when Alpha Conde was amending their constitution to favour him for a third term? What did African leaders do or say? 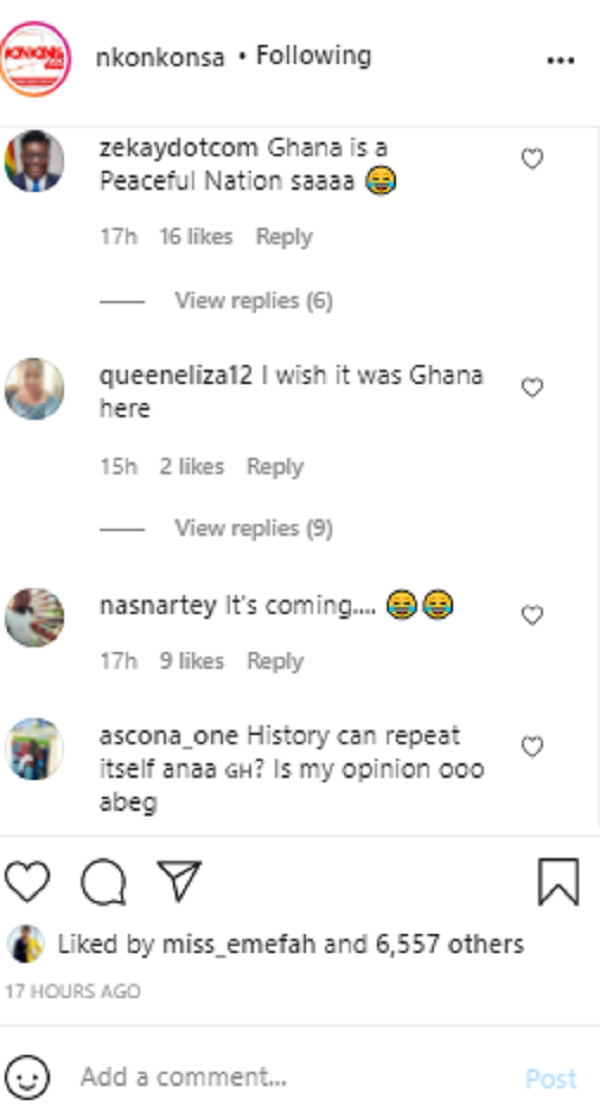 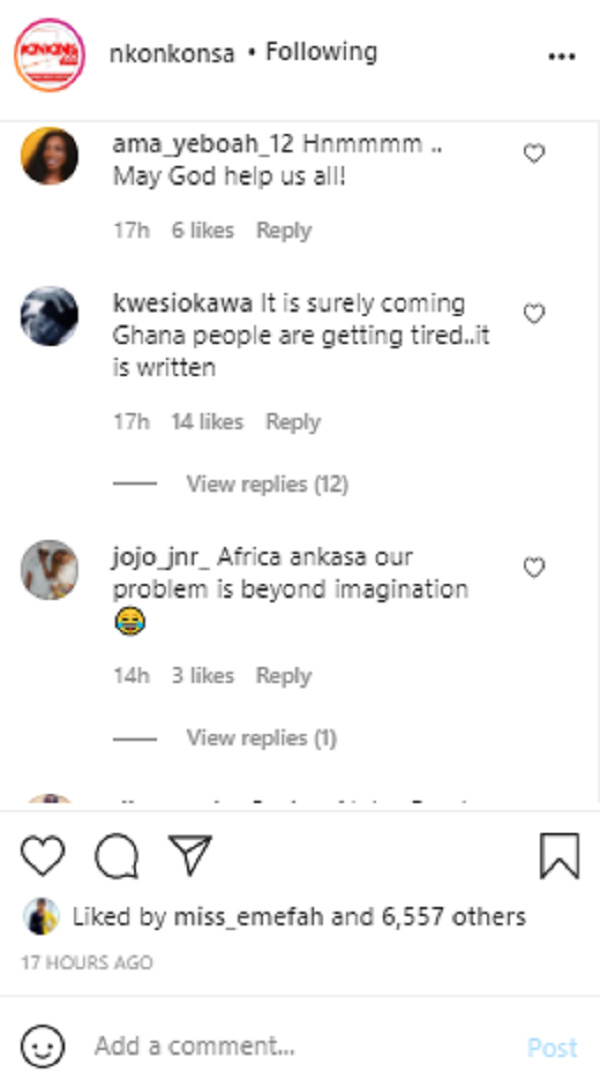 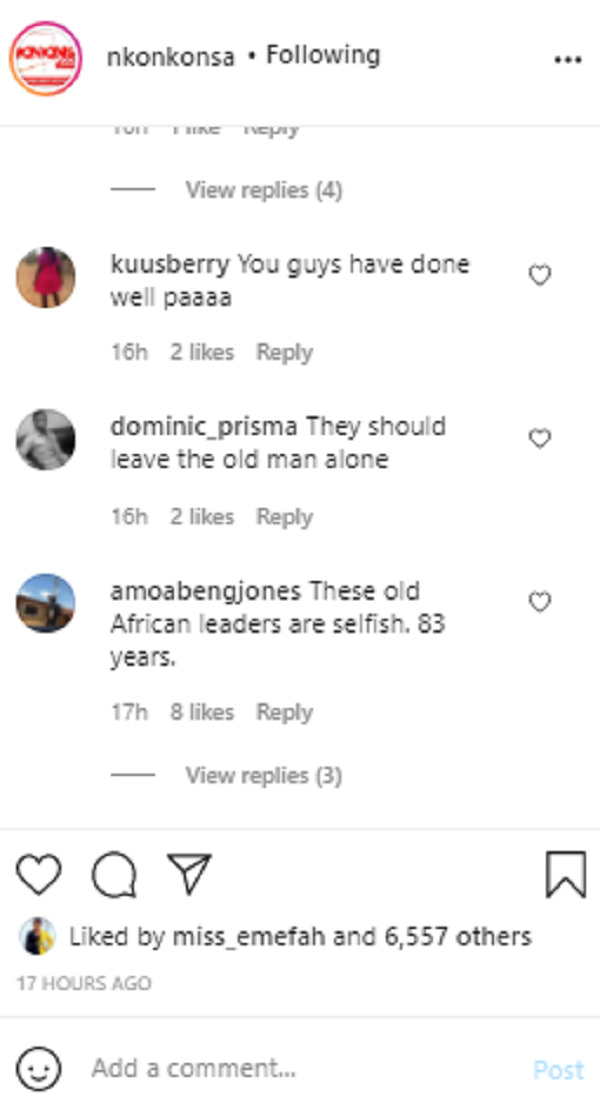 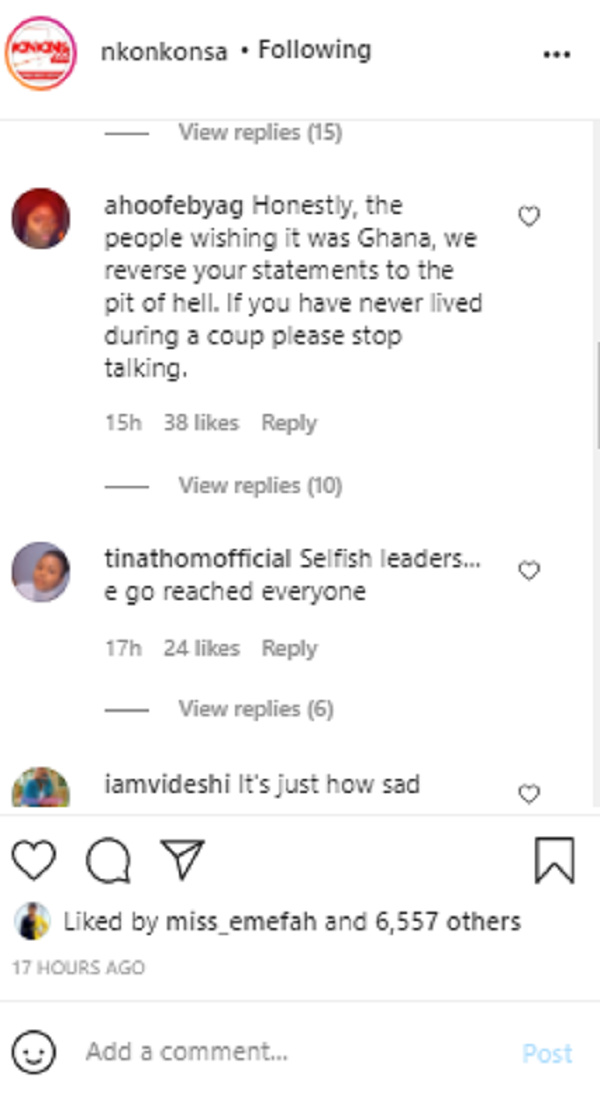 Source: www.ghanaweb.com
Related Topics:GHANAIANSGuineaREACTION
Up Next

There’s no respect for ECOWAS and AU – Kwesi Aning