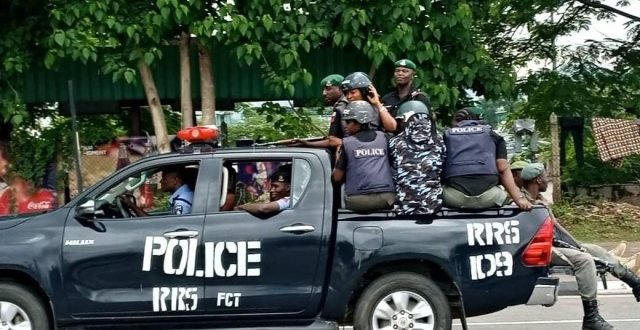 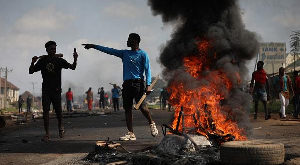 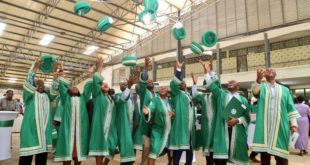 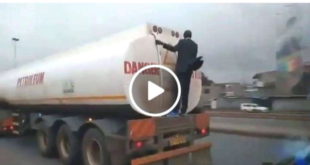 [VIDEO]: Man in suit and tie spotted riding to work on the back of a fuel tanker

The Lagos State Police Command has arrested an armed robbery suspect, Wasiu Kamarudeen, 19, of No. 8, Olaniyi St., Iyalode, Ilogbo in Badagry and recovered one locally-made short gun with one live-cartridge from him.

This is contained in a press statement signed by the Police Public Relations Officer ( PRO), DSP Bala Elkana, and made available to newsmen in Lagos on Sunday.

Elkana said that the Ilemba Hausa Police Station received a distress call from St. Patrick’s Catholic Renewal Church, Jakande Open Field, on Saturday evening. He said that the caller had sighted one motorcycle with registration number, Ogun AKM 749 WP, conveying three passengers into the campground in a suspicious manner.

Elkana said, “The passengers mingled with the worshipers who were attending a three-day retreat with intent to dispossess worshippers of their valuables such as handsets and cash. “On the strength of the information, some patrol teams were deployed to the scene.

The ring leader identified as Kamarudeen was apprehended but the other two escaped.” Elkana said that the Command’s Special Anti-Robbery Squad (SARS) had launched a manhunt for the remaining two suspects. “Investigation is ongoing and the case will be charged to court as soon as investigation is completed,” he said.

Previous How to be a good partner without losing yourself in a relationship?
Next (PHOTOS): 10 Year Old Boy Murdered And Dumped In A Plantain Farm At Sekondi-Takoradi 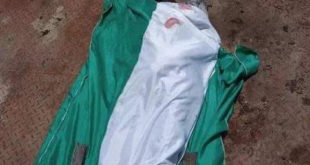 A 13-year-old boy died on Monday, October 19, after falling off a moving truck during …