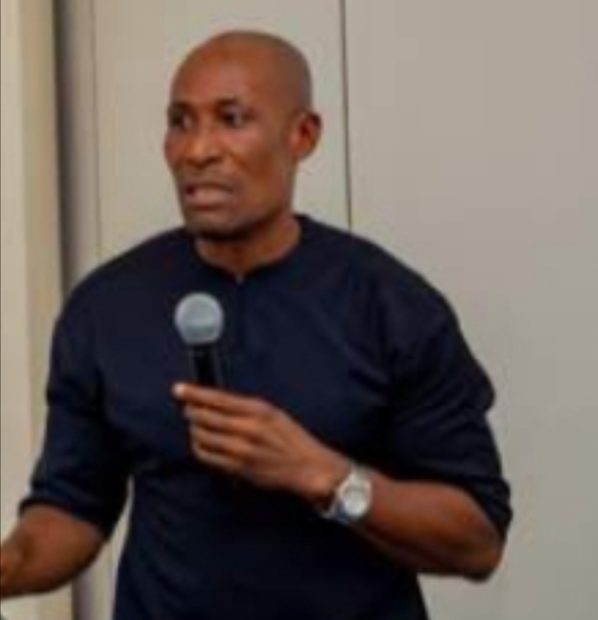 A politcal pressure group, in the Southeast Nigeria, Youths For Progressive Alliance (YFPA), has hailed the emergence of Hon Acho Obioma, as the new Chairman of  the All Progressive Congress (APC) in Abia state.
The group also commended leaders and members of the party for the peaceful conduct of the execrise amidst the treacherous activities of few disgruntled individuals to destabilize the  party for selfish personal aggrandizement.
The YFPA noted with exthustatism that the just concluded state congress of the APC in Abia, aligned with the laid down procedure as defined in the constitution of the party.
The youth organization said the emergence of the new executive committee in all level in the state has consolidated and soldfied the quest, and as well as the  genuine zeal of APC and members to ensure a desired change in the governance of the state come 2023.
A statement signed by its President,  Comrade Emmanuel Nwabuko, and issued to journalists, on Tuesday, in Umuahia, the group, described the choice of Hon Acho Obioma, as welcome development and also noted that the new state chairman has previously and now, distinqusihed himself in every capacity bestowed on him, which undoubtedly has fostered overwhelming acceptability of the party by the majority people of Abia state.
Recall that Acho Obioma polled 298 votes to defeat four other contestants for the position of Abia Chairmanship seat of the party.
Other contestants for the seat include, Sylvanus Nwaji who scored 1 vote, Dike Nwankwo 4 votes, Chidi Nwosu 92 and Ikechukwu Ukaegbu, who came second with total votes of 134.
The APC congress Committee committee chairman, Uzo Azubuike, disclosed that a total number of 24 void votes was recorded during the congress.
Also speaking shortly after the announcement of the results, Aliu Ugbanne, a national officer from the APC National Secretariat, Abuja, affirmed the declaration of Hon Acho Obioma, as duly elected chairman of the party in Abia state.
However, the Youths For Progressive Alliance, applauded the leaders of the party and teeming members and supporters, particularly, the Honorable Minsiter of State for Mines and Steel Development, Dr. Uchechukwu Sampson Ogah, whose presence in the progressive party, it opined, ushered in the tremendous gains achieved  by the party till now.
It further used the medium to pass vote of confidence in Dr. Ogah, for the demonstration of party loyalty, and also, the monumental strides recorded in the federal ministry of mines which he recently demonstrated during his appearance at the Public hearing organized by the leadership of the Senate committee on mineral resources.
The youth group attested that the Senate parley with Dr Oga and, as well as its positive outcome, was a clear reaffirmation of the confidence the President has in the minister that is structured on transparency and accountabliity.
According to the organization, “The minister’s presence led to the growth of the APC in Abia, southeast and the country as large, because of his political ideology structured on inclusiveness, openness, accountabliity, humility, fear of God, Infrastructural development, youths, men and women empowerment, among others.
“His visionary polices and programmes in the public sector as Nigerian Minister of State for Mines and Steel Development, has enhanced the revenue base of the Nigeria, that was rated high by President Muhammadu Buhari in the recently conducted performance review exercise carried out in federal ministries, Departments and Agencies.
“We have explicit confidence that the Dr. Ogah not disappoint the confidence reposed in him. Dr Oga will continue to demonstrate uncommon leadership in every facets of governance in Nigeria and home state, Abia state”.
The YFPA further thanked the outgone Abia executive committee members of the   All Progressive Congress in Abia State, especially, Hon Donatus Chidi Nwankpa, for standing firmly with the party in thin and thick, stating that Nwamkpa, laid solid foundatiion  that saw the APC thriving today in Abia.
The sociopolitcal youth body, used the medium to reiterate its unshaken loyalty to the new executive committee of the Abia APC-led Hon Acho Obioma,  congratulating them for the warm victory in the last Saturday state congress, praying God to grant them wisdom in the discharge of the affair of the party in the state.
The Youth For Progressive Alliance however commended Governor Mai Mala Buni-led National Caretaker and Extra Ordinary Convention Executive Committee of the APC for the ongoing restructuring and repositioning of the party which according to the group, has recorded huge gains in the development of the progressive party across the country.
Source: Chijindu Emeruwa
Related Topics:APC
Up Next