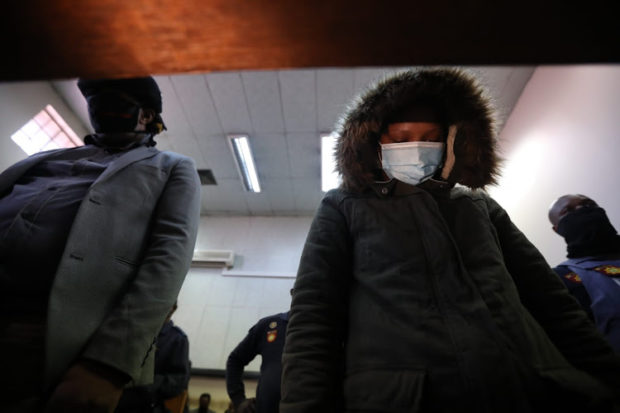 A female officer implicated in the fatal shooting of a 16-year-old Eldorado Park teenager threw a bombshell in the Protea magistrate’s court on Tuesday when she alleged she was given an instruction to shoot the boy as way of “scaring him off”.

In affidavit read in court, Const Caylene Whiteboy admitted to shooting Nateniël Julies, saying this was on instruction from her superior, Sgt Scorpion Simon Ndyalvane.

Magistrate David Mhangu questioned the circumstances leading up to the shooting last month.

Whiteboy’s attorney, Jeff Maluleke, said the two police officers had been inspecting a parked motor vehicle after 9pm. They had been waiting for the owner of the vehicle, who did not pitch, when Julies went to the vehicle twice.

As a way of scaring him off, Whiteboy said she was instructed to shoot.

Whiteboy said she became “hysterical” when she realised she had shot the teen with live ammunition as she was under the impression the weapon was loaded with rubber bullets. She said she had earlier used the same firearm to disperse protesting crowds.

Maluleke said his client suspected she was being framed.

“She became hysterical and asked what was happening. She asked when the gun was  loaded with live ammunition, and questioned if Ndyalvane wanted to get her suspended.”

The 16-year-old, who had Down syndrome, was alive after the shooting, but was declared dead on arrival at Chris Hani Baragwanath Hospital.

It was alleged in court that Whiteboy had since received death threats from Ndyalvane.

Maluleke told the court Ndyalvane gave the constable a statement to give to law enforcement officials. Whiteboy was told to change the series of events on the day of the shooting.

The community of Eldorado Park, south of Johannesburg, came out in their numbers on Saturday morning to pay their last respects to Nateniël Julies …

Ndyalvane had allegedly offered to pay Whiteboy’s legal fees in the matter.

The revelations were made during the bail application of the pair and their co-accused, Sgt Vorster Netshiongolo.

Ndyalvane and Whiteboy were charged with premeditated murder, defeating the ends of justice, discharging a firearm in a public space and unlawful possession of ammunition. Netshiongolo was charged with accessory to murder after the fact, defeating the ends of justice, possession of prohibited ammunition and accessory after the fact.

The court was packed to capacity on Tuesday. Many people were denied entry due to lockdown regulations. A handful of protesters had gathered outside the court, calling for no bail for the three suspects.

The three officers all said they intended pleading not guilty.

Related Topics:Nathaniel Julis
Up Next

Jacob Zuma is being targeted by judge Zondo, claim his supporters