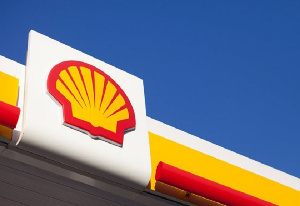 Royal Dutch Shell Plc faces the latest ruling in a long-running legal dispute with Nigerian farmers who say the energy giant is responsible for oil leaks that have polluted their villages.

The case is the first in which a company and its foreign subsidiary have been tried in the Netherlands for allegedly breaching duty of care abroad, and it could have far-reaching implications for future suits brought against oil firms.

On Friday, the Dutch court of appeal will decide whether Shell is responsible for oil spills in three Nigerian villages due to its own mismanagement or whether the incidents were acts of sabotage. If the court finds the spills were due to sabotage, under Nigerian law Shell wouldn’t be held responsible, but the court could still rule that the company didn’t do enough to prevent it.

Since Milieudefensie, the Dutch arm of Friends of the Earth, brought the case 13 years ago, two of the four farmers involved have died. However, a ruling in their favor now could impact where future suits can be heard. This could increase the number of court cases taking place in oil companies’ home countries, rather than those where alleged pollution is taking place.

“The consequences of this case are immense,” Donald Pols, director of Milieudefensie said, adding that he expects hundreds of similar cases to follow. “Companies will realize they can be held responsible for environmental violations abroad.”

Shell has long argued that oil spills in the Niger Delta are a result of sabotage and that the firm cleans them up regardless of the cause. The Anglo-Dutch major says in 2019, 95% of incidents from its operations were due to sabotage, crude theft or illegal refining.

“While we work hard to prevent these criminal acts by using technology, surveillance and by promoting alternative livelihoods, the law in Nigeria is clear,” an spokesperson at Shell’s Nigerian subsidiary Shell Petroleum Development Co. said. “Operators are not liable to pay compensation for the damage from sabotage spills.”

Milieudefensie argues that the leaks were preventable and a result of poorly maintained pipelines.

If Shell is found to be liable for the spills, the court will also decide whether SPDC is responsible or the parent company in the Netherlands.

After Friday’s ruling, the only possible future legal avenue left to either party, would be to appeal at the Netherlands’ highest court.

Regardless of the outcome of this case, Shell has other legal woes to contend with. In a separate action brought by Milieudefensie, a court in The Hague will determine in May whether Shell is violating human rights by extracting fossil fuels. While in the U.K., thousands of Nigerians are asking British legal authorities for permission to sue the company for environmental damages caused in the Niger Delta.

“If the Shell cases in The Netherlands and in the U.K. Supreme are shut down, that might create a temporary chill on enthusiasm to try these sorts of cases again,” says Veerle Heyvaert, a law professor at the London School of Economics. However, with about 1,500 cases related to climate pending globally, there’s “too much momentum” for a negative verdict to entirely halt this type of litigation in the future.

Shell, along with many of its peers, will report fourth-quarter results next week, bringing to a close one of the most dramatic years for the industry in recent memory. As the coronavirus pandemic caused unmitigated human and economic chaos, it also decimated oil demand and pushed prices to historic lows. However, it was also a year European oil majors outlined plans to cut their greenhouse gas emissions, succumbing to investor, governmental and societal pressures over fossil-fuel extraction.