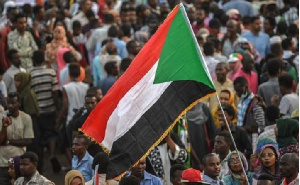 Authorities in Sudan have confirmed foiling a coup attempt in the early hours of Tuesday, September 21, 2021.

The state-run SUNA News Agency said in its report: “At dawn today, the security and military authorities thwarted a coup attempt.

“And the attempt was completely controlled and all those involved were arrested. They are now being investigated,” it added.

The plotters had unsuccessfully tried to take over a state radio station in the city of Omdurman.

Reports making the rounds on social media say 40 plotters were arrested and that they are related to ousted president Omar Al-Bashir. The state media also linked pro-Bashir elements to the attempt.

It is the second foiled coup on the continent following a similar one in Niger, on the eve of the swearing in ceremony of President Mohammed Bazoum.

West Africa has experienced three coups in the past year. Two in Mali and the most recent one in Guinea – Conakry, where Alpha Conde was ousted by elite forces.

Source: www.ghanaweb.com
Related Topics:sudan
Up Next