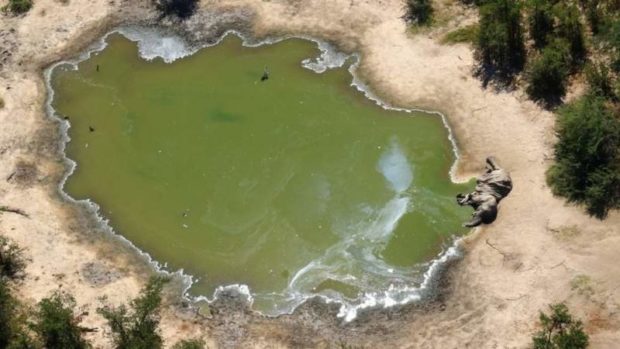 The deaths of more than 300 elephants in Botswana this year were caused by toxins produced by cyanobacteria in water, but there were still many unanswered questions, wildlife officials have been quoted by Reuters news agency as saying.

The deaths in the Okavango Delta sparked widespread alarm and left conservationists and veterinary surgeons baffled, especially as there was no sign of other animals dying at the same time.

Reuters quoted Mmadi Reuben, a senior veterinary officer in Botswana’s Department of Wildlife and National Parks, as saying that latest tests had “detected cyanobacterial neurotoxins to be the cause of death”.

“These are bacteria found in water. However, we have many questions still to be answered such as why the elephants only [died] and why that area only. We have a number of hypotheses we are investigating,” he added.

Cyril Taolo, the deputy director of the Department of Wildlife and National Parks, said the number of dead elephants had risen from 281 reported in July to 330, Reuters reported.

About 500 pupils quarantined in South Africa