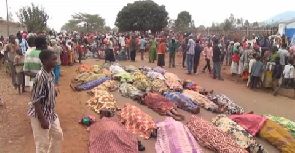 At least 20 people have been killed when two villages were attacked in Kaduna state in north-west Nigeria.

A local official in Kajuru Local Government area told the BBC that following Monday’s attacks people were still searching for other victims in the bushes outside the villages.

Eyewitnesses suspect Fulani herdsmen were behind the violence – the latest in a series of revenge attacks between cattle herders and farmers.

Insecurity has grown in other parts of Kaduna state and in neighbouring Zamfara state, where the police suspect a link between armed bandits and small gold mines.

They have now banned all mining activity.

The military and police say they have now launched Operation Puff Adder to stop the attacks and arrest the culprits.