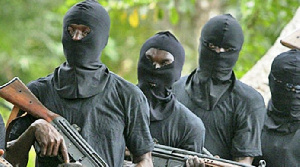 Central Mali has been ravaged in recent years by ethnic reprisal killings, as recriminations between herding and farming communities over jihadist violence compound longstanding grievances.

Local officials told Reuters they believed the three attacks, between Tuesday night and Wednesday evening, were carried out by jihadists, who often say they are defending Fulani herders against rival Dogon farmers.

“We were surprised by the attack on the village of Tillé. Seven were killed, all Dogons, some of them burned alive,” said Yacouba Kassogué, the deputy mayor of Doucombo, the municipality in which Tillé is located.

Attacks on villages in the neighbouring areas of Bankass and Koro killed another 20 civilians, most of them shot or burned to death, local officials there said.

A spokesman for Mali’s army was not immediately available for comment. The army has been criticised by rights groups and residents for failing to protect civilians in central Mali.

Fulani civilians have also been frequent victims of violence by vigilante militias who accuse them of supporting jihadists. More than 150 were killed in a single village by suspected Dogon vigilantes in March last year.

Mali has been in chaos since 2012, when al Qaeda-linked jihadists seized the northern two-thirds of the country. French forces intervened the following year to drive them back, but the militants have since regrouped and expanded their operations into neighbouring countries such as Burkina Faso and Niger.

The Armed Conflict Location & Event Data Project (ACLED), a consultancy that tracks political violence, says it recorded nearly 300 civilian fatalities in Mali in the first three months of 2020, a 90% increase over the previous quarter.

Related Topics:MALI ETHNIC ATTACKS
Up Next