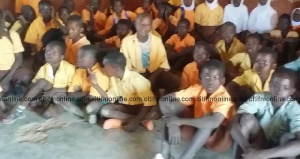 The administration of Christ the King Nursery and Primary School in Tororo Municipality of Uganda has resolved to detain about 34 pupils after their donors failed to clear fees amounting to about Shs16 million.

The affected pupils are from poor families that were reportedly admitted to the school by Rebecca Christian Foundation.

According to the head teacher, Mr John Okiru, the charity organisation, since taking the children to the school, has never cleared their fees or catered for their welfare yet the term is ending today.

“We have decided to detain the learners until their tuition and the other extra expenses met by the school are cleared because since they reported, the school has not received any tuition from them and yet the term is ending,” he said on Wednesday.

Mr Okiru said according to the agreement they had with the organisation, they were supposed to make partial payment in the middle of the term but they did not honour it.

While meeting the parents, Mr Okiru reiterated that the school would do whatever it takes to recover the outstanding tuition from either the parents or the organisation.

“The outstanding debt includes provision of scholastic materials and requirements that the school provided to the learners,” he said.

The school director, Ms Evelyn Opoya, said whenever they contact the directors of the organisation, they promise to clear in vain.

“Our efforts to reconcile the school and the organisation have not been fruitful because every other day we would meet, the directors kept promising to clear tuition but nothing to date,” she said.

Ms Opoya said they understand the pain the parents will go through when their children are detained but they have no alternative.

“My dear parents, I understand the pain you have but if you were in my shoes, what would you do after spending what you have and not realising what you expected at the end of the day?” she said.

Ms Rebecca Akech, the director of Rebecca Christian Foundation, acknowledged the delay in clearing the learners’ tuition but attributed it to delayed remittance of the support from their donors due to coronavirus.

“We have hatched an option of getting a loan from the bank to offset the outstanding debt. We have similar problems in other four schools but we are optimistic that we will settle the debts,” she said.

Some of the parents expressed disappointment with the organisation.

“They made us pay Shs200,000 per child to enrol for sponsorship from primary level to university. I sold my property to raise the required money,” Ms Sarah Aboth, a parent, said. We could not independently verify this claim.