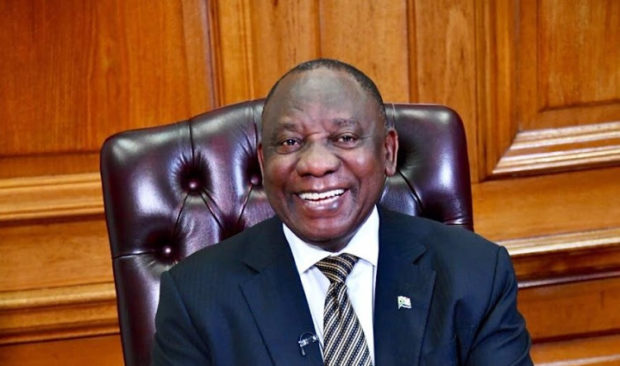 In his address to the nation on Wednesday about the state of the Covid-19 pandemic, Ramaphosa endorsed Master KG’s global anthem, Jerusalema, and urged more South Africans to join the dance challenge in commemoration of Heritage Day.

“There can be no better way to celebrate our South African-ness than to join the global phenomenon that is spreading across the world, and that is the Jerusalema dance challenge,” he said. Ramaphosa admitted that he too, like millions around the globe, is a fan of the song.

“Our performers have demonstrated to the world that we have good music and good dance and good moves,” he said.

One of the videos shared by Mbalula is from a 2019 Youth Day event held in Limpopo. Proving to be a fan of SA music and dance, Ramaphosa danced a ‘vosho‘ with musician Holly Rey as they danced to her hit song Deeper.

Watch the videos below:

“We have good music & good dance”

Related Topics:SA PRESIDENT
Up Next