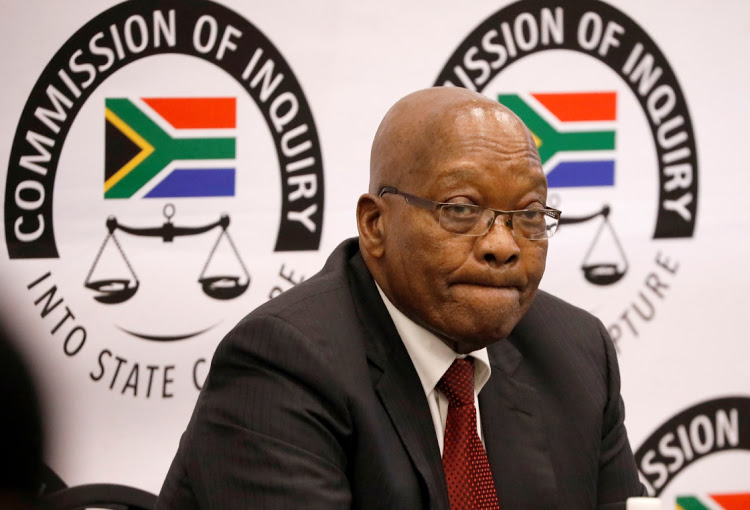 Former president Jacob Zuma’s family is eagerly waiting for him to be discharged from hospital.

Former president Jacob Zuma’s elated family members are awaiting his arrival at his Nkandla homestead in KwaZulu-Natal after his release on medical parole by the department of correctional services on Sunday.

“I feel like I am on top of the world. Ngiyagiya manje, kade ngigiya izolo abantwana bathi habe! (I was dancing yesterday and today). The kids said this elderly man is happy that his brother is coming back,” said Zuma’s older brother Joseph.

TimesLIVE reported on Tuesday that Zuma met with his legal team in hospital to discuss various issues. The 79-year-old former head of state was admitted to an outside hospital for medical observation.

The family said Zuma had been unwell since he was “poisoned” in 2014. The Sunday Times reported that he travelled to Russia to confirm the diagnosis and undergo treatment.

The department of correctional services announced on Sunday that Zuma was being placed on medical parole because of ill health. The announcement came 58 days after he was admitted as an inmate at the Estcourt Correctional Services facility.

Zuma started serving his sentence in July after he was found guilty of contempt of court for failure to comply with an order of the Constitutional Court to honour a summons to appear before the state capture inquiry. He was sentenced to 15 months behind bars and spent several weeks of his incarceration in the medical wing of the prison before he was moved to an external hospital for further treatment.

It is not yet clear when he is expected to be discharged from hospital.

In Nkandla, family, friends, relatives and neighbours are waiting to receive Zuma with celebrations and prayer on the cards.

Zuma meeting lawyers in hospital to discuss ‘a range of issues’, says Manyi

Speaking from Zuma’s home in kwaDakwadunuse in Nkandla, 80-year-old Joseph said he had heard on the news that his brother had been granted medical parole.

“When I heard the news I rushed to see his [senior] wife, [Sizakele] maKhumalo, and we spoke for a long time. She is so happy he is coming back. She told me she is thrilled. We are all happy.”

Expressing his anger towards the government, he said: “This government is full of nonsense. We have always maintained he did not deserve to be jailed. They know they were wrong from the onset. Look how all of this led to the looting and burning of infrastructure in the country.

“People told government that he is old and should not be arrested but they did not listen. They told them they should have given him house arrest.”

Joseph was not sure of the details of how the community plans to celebrate Zuma’s homecoming.

“When I spoke to maKhumalo we talked about a prayer to thank God for bringing Zuma back. We have not decided on a date yet.

“It is God’s will that he has been released. We are happy he is back in one piece.”

‘We’ve heard that he is not well’: Ramaphosa welcomes Zuma’s parole

The priority for the family is for Zuma to recover fully from his medical procedure.

“Once he has recovered we will come together as a family to decide how we want to give thanks.”

Zuma’s brother Khanya said: “I am so thrilled. Usually when something good happens we slaughter cows to say thank you, but we have not met to discuss how we are going to celebrate.”

His nephew, Inkosi Simphiwe Zuma of the kwaNxamalala Tribal Authority, said there is nothing to celebrate.

“We will only celebrate when they correct the injustices that have occurred in SA because if this mistake [jailing Zuma] is not corrected, it will happen to someone else in the future.

“It’s too early to celebrate. We will celebrate when we have conquered.”

Zuma’s nephew from maternal family, KwaZulu-Natal businessman Deebo Mzobe, said: “The best way to describe how we feel as a family is that feeling of celebration when a baby is born into the family because we did not know how the situation was going to end.”

Mzobe said he was amazed at the turn of events.

“Sometimes life deals you a blow and then you do not know how to respond but we thank God that he is still alive and has been released to come back home.

“We hope all of this will come to an end and does not happen again. We pray this dark cloud leaves and never returns.”

He said the family is yet to be informed when Zuma will return home.

“They said he is still in hospital and we are not sure when he is going to be discharged.”

When asked if the family was questioning the timing of Zuma’s release, Mzobe said he does not think the decision was influenced by external political factors.

“I think the department of correctional services saw that his condition was not good and decided to release him. There was nothing untoward. He made an application and it was granted.”

From delayed medical report to release on parole: 5 must-read stories on Jacob Zuma

Another Zuma relatives, who asked not to be named, said: “We knew they were going to release him. I think the state was trying to avoid a situation where something bad happened to him while he was in jail because they would have had to take full responsibility.”

Zuma’s former wife and mother of his children, minister of co-operative governance and traditional affairs Dr Nkosazana Dlamini-Zuma, took to Twitter, saying: “The news of the parole of the former president @PresJGZuma comes as a welcome relief to many of us. We also wish him a very speedy recovery among family and loved ones.”