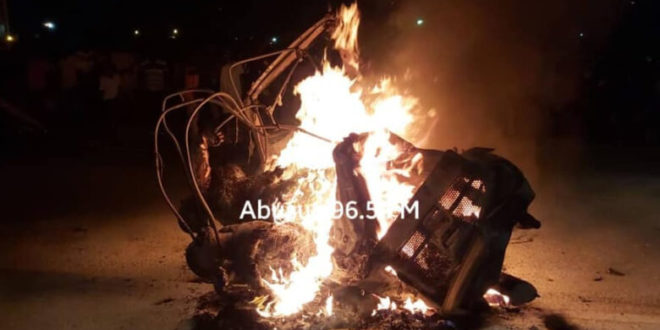 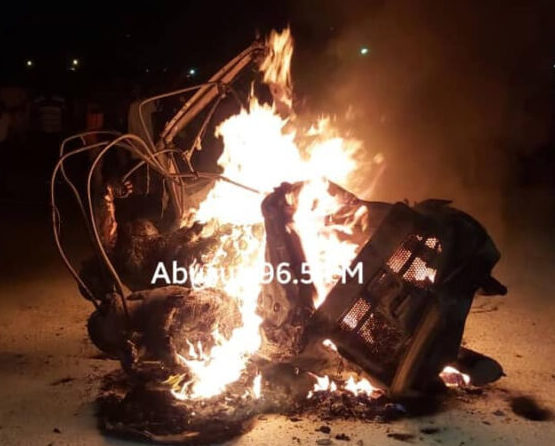 Blood-curdling youth of Amanase near Suhum in the Eastern Region burnt into ashes a Toyota Camry belonging to a fetish priest in the area.

They accused him of masterminding the kidnapping of a young boy in the area for ritual purposes.

Leader of the group, Richard Sarfo, who confirmed the incident to Adom News, alleged that the fetish priest is known for engaging in human sacrifices.

He claimed the suspect, who is currently at large, is husband of the spiritualist, alleged to be at the centre of the gruesome killing of a 10-year-old boy at Lamptey Mills at Kasoa.

He said the victim, who is his nephew, escaped death due to the vigilance of the youth in the area.

He said they managed to apprehend two of his accomplices who lured his nephew and they are currently in the chief’s palace waiting to hand them over to the we police.

The angry youth noted that, since the wife of the fetish priest was linked to the Kasoa ritual murder, they have been monitoring his movement to avert such an unfortunate incident.

He warned that the police will face their wrath if they release the suspects.