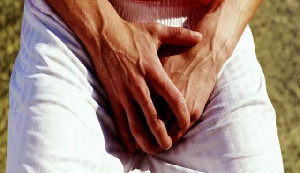 Some men in the Apiate community affected by the explosion on Thursday, January 20, 2022, are complaining of sexual weakness.

The men said aside the issue of sexual dysfunction, they were also not experiencing, “Morning wood,” formally known as Nocturnal Penile Tumescence (NPT).

NPT is a common occurrence for many boys and men. From time to time, men may wake up with an erect penis. This is most common in younger men, although men of all ages may experience NPT. It is the response one’s body makes to one of several natural occurrences.

In an interview with the Ghana News Agency on Monday, Dr. Mrs. Sandra Thompson-Assan, a Counseling Psychologist, and leader of a team that was deployed to Apiate to provide victims with Psychological First Aid (PFA) said out of every 30 to 36 men engaged, close to 30 confirmed experiencing erectile dysfunction.

Psychological First Aid (PFA) is a technique to reduce the occurrence of post-traumatic stress disorder.?

It is to help the victims become well informed about the associated and expected unusual behaviours following traumatic exposures and build their resilience.?

It helps the therapist to identify victims of trauma needing further assessment and intervention.

Dr. Mrs. Thompson-Assan said following the concerns, the team asked the camp nurses and medical officers to carry out further assessments and intervene.

She said after assessing over 876 victims, they realised that most of the victims experienced flashbacks of the disaster, stressful dreams, insomnia, anxiety, distorted patterns of thinking, hearing problems, amongst others.

Dr. Mrs. Thompson-Assan said aside providing victims with PFA, they also helped those who had misplaced essential cards such as that of the National Health Insurance Scheme (NHIS) to be replaced.

“There was another gentleman who was due for an interview at Tarkwa but had lost his certificate due to the explosion and this was going to hinder his ability to get the job. What we did was to contact Police officers at the camp who advised he could take a report from the Police to the Ghana Education Service to have his certificate replaced for the interview.”

Dr. Mrs. Thompson-Assan said they liaised with NADMO to provide relief items to individuals not captured on records.

She said the police escort and the truck driver involved in the explosion were identified and provided with PFA.

Another police officer involved in the incident was also traced and provided with psychotherapy, the psychologist said.

The Psychologist said during their interactions it came up that most people in Appiatse believed there was another explosive hidden beneath the earth waiting to explode and considering relocating.

She said they provided an expert to educate them and dealt with misconceptions and fear.

She called on the government and policymakers to put together a National Response team, involving NADMO, Psychologists, Psychiatrists, Psychiatrist Nurses, Medical Health Practitioners, who would be the first point of call to aid victims of disasters.

Dr. Mrs. Thompson-Assan also called for a Psychology Clinic where psychologists could help disaster victims to cope with their situations and “habour positive thoughts.”