Home / GENERAL NEWS / AUDIO: DCE Yaw Danso [email protected] Gov’t at the back in the fight against ‘galamsey’ in a ‘LEAKED TAPE’ 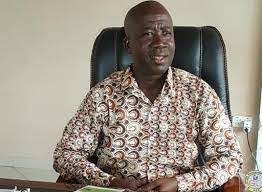 The government of Ghana led by Nana Addo Dankwa Akuffo Addo has launched a lot of program and measures to clamping down on illegal mining activities in the country.

Operation Vanguard, Galamstop and other anti Galamsey security taskforces are all fighting against the illegal mining activities menace in Ghana.

Government officials in the various regions are mandated to supporting the vision of the government to achieving its aim in the fight against the canker.

But, to the Bosome Freho DCE, Hon. Yaw Danso, he is doing otherwise.

In a leaked audio intercepted by Filasconews.com, the DCE was caught negotiating illegal mining activities deal on.

In the audio, Yaw Danso was heard complaining of a woman who reported him and one other person to the Regional Minister for collecting her money.

According to him in the audio, they would be vigilant these time to execute the work of the Galamsey well in order to avoid any report.

He said they will work with only serious person who can keep secrets and encouraged the other person he was talking to on the phone to be serious and do the illegal activities as he(Yaw Danso) is there for him.

Listen to everything in the audio below.