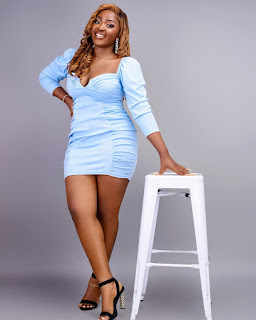 Nollywood actress, Lolade Okunsaya, has used her latest video on Instagram to advise women on who to date. She revealed the reasons why women should opt for trench boys rather than the so-called big boys of nowadays. She disclosed that only the rich boys install cameras in their rooms, and they tend to do strange things with them whenever they are having a s€xual intercourse with women.

She disclosed that the big boys will install cameras in their rooms so as to record themselves while having s€x with women and will later come up with the video so as to threaten the lady to submit to them totally. She advised women against dating big boys and urged them to go for poor guys instead.

The actress was in full flow in the video while giving the advice, which is an indication that she might actually be talking from experience.

Tags AND BIG boys DURING record sex threaten WILL you