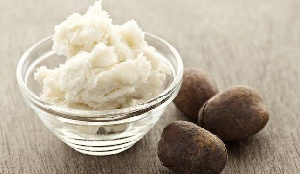 For many black women in the UK with natural Afro hair, it has always been an uphill task to get the right products for their natural locks.

Countless products have claimed to be great for Afro hair, but just did not work, according to Rachael Twumasi-Corson, who co-founded Afrocenchix, a black hair products, with her former university colleague, Joycelyn Mate.

“Unfortunately for many black people, beauty choices are damaging their health,” Ms Twumasi-Corson told the GNA.

“There are natural options for the health conscious [but] the problem is that very few cater for Afro hair.” She said that a report on cosmetics for black women showed “some shocking findings”.

“In an analysis of ingredients in 1,177 beauty and personal care products marketed to black women, about one in 12 was ranked highly hazardous,” Ms Twumasi-Corson explained.

This Christmas, their products, specifically targeted at women with Afro hair and using ethically-sourced ingredients, have been advertised on British TV for the first time. “Really positive,” Ms Twumasi-Corson said of the 30-second TV commercial.

“We had lots of support from our community, press and more “We’re really happy to be able to put a relatable story about hair and positive representation on television with this ad,” she added.

The entrepreneurs have used innovative ideas to finally come up with products that are now making waves in the hair care market in the UK that was worth £1.7 billion in 2019.

The co-founders of Afrocenchix met at university in Birmingham in 2008 and by the time they finished their courses they had decided to do something about hair products aimed at black women that contained “nasty chemicals to increase shelf life…and keep costs as low as possible”.

Ms Twumasi-Corson told the GNA: “Our endless quest to finding the perfect healthy products finally ended when we decided to start creating our own.

“We wanted to make sure that what we made was kind to people and the planet.”

She said they discovered that they were not alone in feeling frustrated with the lack of proper black hair products when the small batch of oil they had produced flew off the shelves at a community fair in North London.

“From this point we set out on a mission to share what we had learnt about healthy hair care practices using natural products.

“In 2010, we won an award for Ethical and Sustainable Business Innovation from the University of Birmingham, which encouraged us to take the idea more seriously,” Ms Twumasi-Corson said.

Afrocenchix now buys organic and Fairtrade shea butter for its products from a women’s cooperative in Bolgatanga, providing an important source of income for the members.

“The Akoma Cooperative Society brings these women and others together in the shared pursuit of working their way out of poverty and raising awareness about ethical sourcing,” Ms Twumasi-Corson told the GNA.

The Fairtrade premium provides that workers are paid a fair amount for what they produce and receive an extra sum of money to improve their quality of life.

In Bolgatanga, this money is being invested in education, healthcare and respite for the elderly. Akoma is currently renovating the Pusu-Namogo primary school, with plans to build a library and IT centre as well as providing desks and school equipment.

Ms Twumasi-Corson and Ms Mate have turned out to be successful black women entrepreneurs whose products are now sold worldwide in countries such as India, Canada and Ghana.

“We’re proud to be the first British brand specifically for Afro hair available in a major retailer [in the UK],” Ms Twumasi-Corson told the GNA.

After the month-long UK TV commercial in November, Ms Twumasi-Corson said: “We are really excited to see the vision that we’d worked on for such a long time come to life.”

Afrocenchix could be on to a winner with its chemical-free products, given that figures show that black British women spend six times more on their hair than their white counterparts.

GOIL inducted into Ghana Oil and Gas Hall of Fame