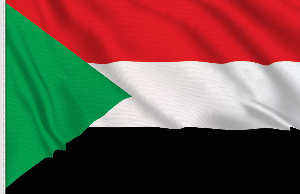 Several members of Sudan’s transitional government have been arrested in their homes amid reports of a military coup.

According to a BBC report sighted by GhanaWeb, Civilian PM, Abdallah Hamdok and at least four ministers were among those believed to have been detained by unidentified soldiers at their homes shortly before dawn on Monday.

The events come just two days after a Sudanese faction calling for a transfer of power to civilian rule warned of a “creeping coup” at a press conference that a crowd of unidentified people sought to prevent.

A government source told AFP that, the internet was cut off throughout the country, while demonstrators gathered in the streets to protest against the arrests, setting fire to tires.

The army has not commented, but pro-democracy groups urged street protests.

Military and civilian leaders have been at odds since long-time ruler Omar al-Bashir was overthrown two years ago and a transitional government was set up.

It remains unclear who carried out the arrests.

Sudan has been undergoing a precarious transition marred by political divisions and power struggles since the ouster of President Omar al-Bashir in April 2019.

Since August 2019, Sudan has been under the rule of a civilian-military administration overseeing the transition to an all-civilian regime.

The main civilian bloc – the Forces for Freedom and Change (FFC) – which led the anti-Bashir protests in 2019, has split into two opposing factions.

“The current crisis is artificial — and is taking the form of a creeping coup,” FFC leader Yasser Arman said at a press conference in the capital Khartoum on Saturday.

“We renew our confidence in the government, Prime Minister Abdallah Hamdok, and in the reform of the transitional institutions, but without order or imposition,” Arman added.

Tensions between the two sides have long existed, but the divisions were exacerbated after the failed coup on September 21.