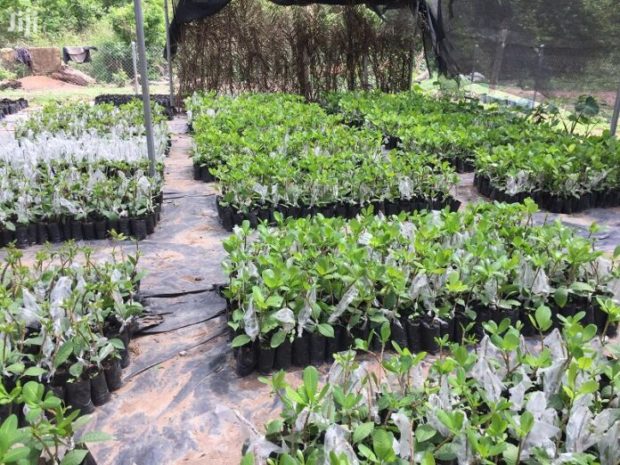 A total of 150,000 cashew and Mango seedlings have been raised for free distribution to farmers in Kwahu Afram Plains South District of the Eastern Region under the Ghana Productive Safety Net Project (GPSNP) seeking to strengthen and improve social safety nets and productive inclusion of the poor and vulnerable.

“We have raised 150,000 cashew and Mango seedlings put together from the Samanhyia,  Hwanyanso and Odumasua nurseries. Out of this number 46,000 cashew and Mango, seedlings have been distributed, leaving with a remainder of 104,000 seedlings ” District Chief Executive for Kwahu Afram Plains South George Ofori said during Second General Assembly Meeting held in Tease, the District Capital.

He said the District is projecting that the area becomes a major producer of cashew and mango in the next decades.

He, therefore, tasked Assembly Members in the district to encourage farmers to take advantage of the beds raised to venture into mango and cashew farming to have an additional source of income aside from the traditional crops they farm.

Meanwhile, farmers in Odumasua who opted for cashew farming have chickened out over unfavorable land tenure system.

According to the farmers, terms and conditions tabled by landlords are not in their best interest.

“The landlords leased the lands for 20 years and 30 years but by which time these cashews have reached their peak of yield meaning the landowners will rather enjoy from our sweat.”

Related Topics:Afram plains
Up Next