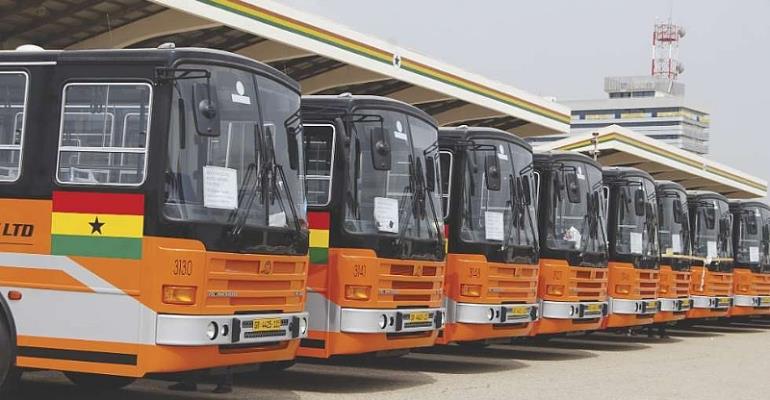 The Management of the Metro Mass Transit at the Cape Coast Metropolis in the Central Region has allowed over 70 Buses to rot for what they describe as a lack of funds to fix them.

An investigation by EIB’s Central Regional Correspondent, Yaw Boagyan, revealed that some of the buses have developed minor faults which can be fixed for the buses to be operational but have been abandoned.

Out of the 70 buses, 50 are brand new buses with minor faults while the rest were parked due to accidents.

Sources revealed that some of the buses have been kept at the current location for over two years.

When the Manager of the Metro Bus Transit in the Central Region, Mr. Alex Bless Osoum was contacted he said, he can only speak to the media by an order from the Nation’s Capital, Accra.

Meanwhile, the number of existing Metro Mass Buses currently in operation in the Central Region are not up to 10 while over 70 of such buses have been abandoned.

Our correspondent also gathered that most of the metro mass buses have stopped working in most of the districts in the Central Region for some years now.

Related Topics:Metro Mass
Up Next