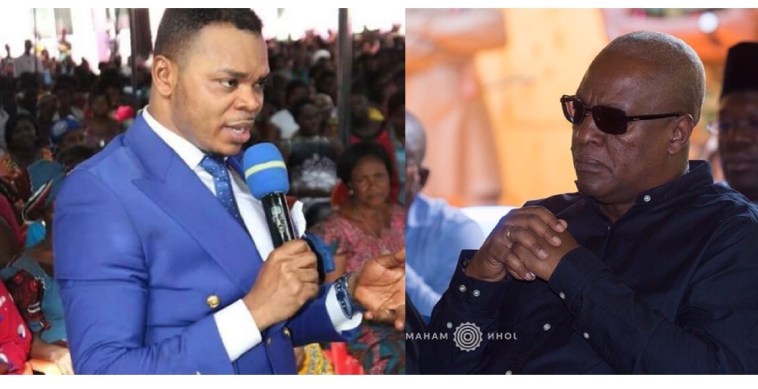 Bishop Daniel Obinim, who is popularly known as angel Obinim has resurfaced with his message to the former President John Dramani Mahama.

Speaking on his personal OB Television, the CEO of international God’s way church shared his vision for John Dramani Mahama ahead of the Presidential and Parliamentary elections slated for December 7, 2020.

In his words, Angel Obinim narrated that the largest opposition party thus National Democratic Congress (NDC) has a long way to go as far as capturing power in the forthcoming general elections is concerned.

He further stressed that Professor Jane Naana Opoku Agyemang is a nice personality and she is not far away from presidential ambitions.

Though Bishop Daniel Obinim failed to disclose the one who will emerge as the winner for the general but stressed on the need that Jane Nana Opoku Agyemnag stands a greater chance of becoming a presidential candidate one day.