The FDA further reminded the general public that FDA-regulated products should not be advertised in the media without its approval.

“The FDA would like to take this opportunity to remind its clients that per Sections 100(2) and 114 (1) of the Public Health Act, 2012 (Act 851), it is an offence to advertise any FDA regulated product in the media unless the advertisement has been approved by the Authority,” the notice added. 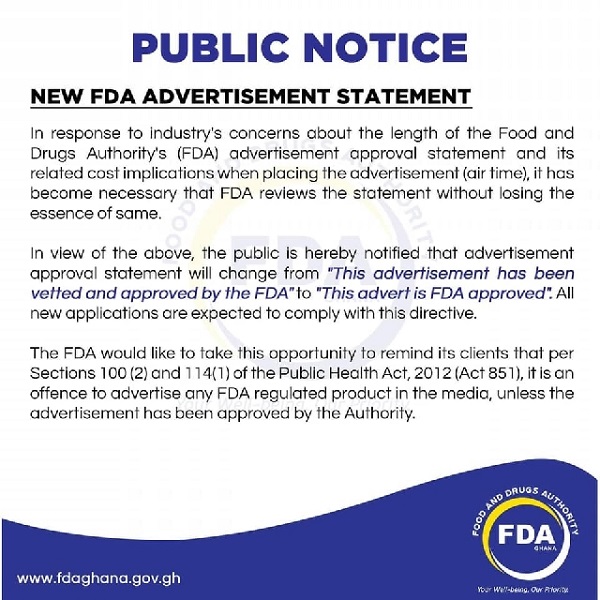