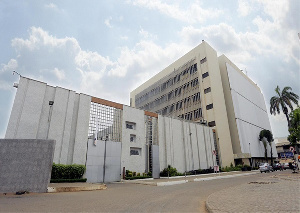 Good morning, Ladies and Gentlemen of the Media.

Welcome to the 98th Monetary Policy Committee (MPC) press briefing, and the first in the year 2021.

The MPC met last week and reviewed recent global and domestic developments including the outlook for the economy. Permit me to share with you highlights of the developments and key considerations that informed the decision of the Committee on the Policy Rate.

The global economy was projected to contract by a larger margin in 2020 due to the adverse effects of the COVID-19 pandemic, but the contraction has turned in better than earlier forecasted. The resurgence of infections and emergence of new variants of the virus since the last quarter of 2020 has, however, resulted in the re-imposition of restrictions and partial lockdowns in some economies and will likely soften the growth recovery momentum in early 2021.

Notwithstanding the anticipated softening, global growth is expected to strengthen in the second half of 2021, conditional on continued policy support and successful rollout of COVID-19 vaccines. Prospects for 2021 look more positive, and the January update of the IMF’s World Economic Outlook projects a rebound in the global economy from the 3.5 percent contraction in 2020 to a 5.5 percent growth in 2021, amid uncertainties.

These developments helped ease pressures on emerging and frontier market currencies, while sovereign risk spreads for most Sub-Saharan African countries declined steadily in the year.

Global inflationary pressures remained subdued, weighed down by weak global demand and significant slack in labour and product markets during 2020. In Advanced Economies, inflation is projected to rise to 1.3 percent in 2021 from 0.7 percent in 2020, while in Emerging Market and Developing Economies, inflation is expected to ease slightly to 4.2 percent from 5.0 percent over the same comparative period. In emerging market and frontier economies, currency movements and COVID-related supply-side constraints are expected to dictate price movements, going forward.

In Ghana, after recording strong growth of 6.5 percent in 2019 and firm growth of 4.9 percent in the first quarter of 2020, growth was dampened in the second quarter due to COVID-related factors.

However, following the lifting of restrictions and strong policy support, signs of recovery begun to emerge in the third quarter. Data released by the Ghana Statistical Service showed that real GDP growth provisionally contracted by 1.1 percent in the third quarter of 2020 compared to the 3.2 percent contraction recorded in the second quarter.

The key drivers of economic activity during the period were construction, port activity, imports, manufacturing, and credit to the private sector. 6. Results from the Bank’s latest confidence surveys conducted in December 2020 showed improvements in both consumer and business confidence.

Price developments in 2020 were broadly driven by COVID-related factors, especially the spike in inflation observed during the second quarter which was on the back of events preceding the partial lockdown.

This was followed by the subsequent easing in inflation pressures in the third and last quarters, as the restrictions were removed. Two readings since the last MPC meeting indicated that headline inflation eased from 10.1 percent in October to 9.8 percent in November and then, subsequently rose to 10.4 percent in December 2020.

On execution of the budget, provisional data released by the Ministry of Finance as at November 2020, showed an overall broad cash budget deficit of 10.8 percent of GDP against the target of 11.4 percent of GDP for the year.

Total liquidity increased significantly during the year driven by government’s fiscal stimulus programme, the complementary monetary policy measures 4 implemented during the year to mitigate the impact of the COVID-19 pandemic, and the monetization of government bonds to pay depositors in the SDI sectors, as well as the central bank’s purchase of a GH¢10 billion COVID-19 bond issued by the government.

The growth in M2+ reflected in expansion in currency outside banks and domestic deposits.

Commercial banks’ balance sheets also saw growth during the year due to the expansionary government policy and the increase in deposits mobilised from the SDI sector due to a flight to quality from depositors in the SDI sector.

The weighted average interbank rate declined to 13.6 percent from 15.2 percent, reflecting the reduction in the monetary policy rate in March 2020, and improved liquidity conditions on the market.

Similarly, average lending rates of 5 banks declined to 21.1 percent in December 2020 from 23.6 percent recorded in the corresponding period of 2019, consistent with the monetary policy stance.

The banking sector showed resilience to the first wave of the pandemic supported by strong policy support and regulatory reliefs.

Banking sector performance remained strong through end 2020, with robust growth in total assets, deposits and investments. Overall, the impact of COVID-19 on the industry’s performance was moderate as banks remained liquid, profitable and well-capitalized. Total assets increased by 15.8 percent, of which Investments in Government bonds rose by 33.4 percent. 16. Solvency and liquidity indicators remained strong.

Net fees and commissions grew by 5.0 percent to GH¢2.3 billion, lower than the growth of 16.5 percent recorded in the prior year, reflecting the dip in growth of credits and other trade finance-related businesses.

Operating income rose by 17.9 percent whilst operating expenses rose by 8.2 percent, albeit lower than the respective growth rates of 21.1 percent and 12.1 percent in 2019.

Loan loss provisions grew by 28.0 percent, higher than the 23.6 percent a year ago reflecting elevated credit risks in 2020. Profit before tax increased by 27.2 percent to GH¢6.1 billion compared to 34.7 percent a year ago.

Implementation of the COVID-related regulatory reliefs and policy measures helped support lending activities. New Advances in 2020 grew by 15.8 percent to GH¢34.4 billion in 2020. Banks provided support and reliefs in the form of loan restructuring and loan repayment moratoria to cushion 16,694 customers severely impacted by the pandemic.

In contrast, gold prices went up by 25.4 percent to an average of US$1,857.2 per fine ounce, strongly supported by accommodative monetary policy, increased uncertainty, and the global economic slowdown due to the pandemic.

Cocoa prices averaged US$2,581.3 per tonne in December 2020, up by 2.5 percent on a year-on-year basis. 19. These commodity price developments impacted on the trade balance.

Total exports contracted by 7.8 percent year on-year to US$14.5 billion in 2020, driven mainly by a significant decline of US$1.6 billion in crude oil export receipts on the back of low prices. Gold and cocoa export earnings on the other hand, went up by 9.1 percent and 2.1 percent respectively, due to favourable prices and production volumes.

Gross International Reserves at the end of December 2020 was US$8,624.4 million, providing cover for 4.1 months of imports of goods and services. The reserve level compares with the end-December 2019 position of US$8,418.1 million, equivalent to 4.0 months of import cover.

The global resurgence of COVID-19 infections has elevated uncertainties in the outlook, posing significant risks to the pace of recovery in the near-term. Global growth prospects remain positive, conditioned on a successful vaccine rollout across various countries, a gradual relaxation of the containment measures, and assured policy support. When well-coordinated, these will help support the much-anticipated global growth rebound in the second half of 2021.

These conditions will also foster accommodative near-term monetary policies in Advanced Economies, and trigger a search for yield in Emerging Market and Developing Economies with strong fundamentals.

Rising debt vulnerabilities in emerging market and frontier economies, including Ghana, on the other hand, pose significant risks and could potentially worsen investor risk appetite. These conditions will require managing fiscal risks in the outlook for the Ghanaian economy.

In the domestic economy, growth has picked up since the sharp contraction in the second quarter. All the high frequency indicators of economic activity have rebounded, consumer and business confidence levels are back at pre-lockdown levels, and there are indications of steady growth in private sector credit.

However, the renewed threat from the second-wave of the pandemic has again heightened uncertainty and could hamper the recovery process in the near-term.

The banking sector is well-positioned to continue with the core objective of financial intermediation and providing support to the growth recovery process.

Banks are expected to sustain the strong performance under mild to moderate stress conditions, barring more severe consequences on the real sector from the second wave of the pandemic. Policy and regulatory reliefs granted to the industry will be reviewed alongside close monitoring and prompt supervisory actions will be taken to address emerging potential vulnerabilities in the financial sector arising from the pandemic.

The current account balance turned out better than earlier anticipated. However, lower-than-projected FDI flows and portfolio reversals resulted in a lower buildup of reserves than earlier projected. The gross reserves at US$8.6 billion, translating into 4.1 months of import cover, will provide adequate cushion against potential external vulnerabilities in 2021.

The prospects of a sharp fiscal correction in 2021 now looks unlikely amidst the second wave of the pandemic which will be requiring additional spending to provide testing, vaccines, etc. To put debt on a sustainable path and to ensure sustainability in policies, some new revenue measures and expenditure rationalization efforts will have to be pursued within the context of the medium-term fiscal framework to allow for the generation of primary surpluses.

Risks to inflation in the near-term are broadly contained, but short to medium-term risks emanating from the fiscal expansion and rising crude oil prices are emerging. 28. Under the circumstances, and given the balance of risks to inflation and growth, the Committee decided to keep the policy rate at 14.5 percent.