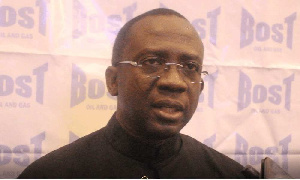 It has emerged that the reported gains made at the Bulk Oil Storage and Transportation Company Limited (BOST) in payment to Bulk Distribution Companies (BDCs) was achieved under the former management of the company.

BOST earlier this week announced that the current management has been able to save over $20 million which would have hitherto been paid to eight Bulk Distribution Companies (BDCs).

The report indicated that the companies had put in an accord with BOST for it to pay them the amount in respect of their products which allegedly went missing from the tanks of the national strategic oil storage company between 2009 and 2014.

Managing Director for BOST Edwin Alfred Provencal admitted the claims, which were initially made and agreed for settlement between BOST and the BDCs in 2014, were, however, not effected until 2018 when the BDCs made an appeal to the Energy Ministry to crack the whip on BOST to affect the terms of the settlement agreement.

He said, “after close to 15 months of “crunch engagements” with the eight BDCs, the in-house committee validated 8.2 million litres out of the 22.7 million litres claim of lost products, 14.5 million litres less than what the audit firm had validated”.

Adding that, “the value of the validated volumes stood at $12.7 million; a whopping reduction of $24.9 million of the initial amount claimed by the BDCs against the company”.

However, our sources at the oil storage company indicate that this work was commissioned by the previous administration of the company.

Our sources say Awuah Darko, Alhassan Tampuli and George Okley administrations carried out various forensic audits and the report was made available to BOST and the Ministry of Energy.

The late George Mensah Okley constituted an internal committee with the support of civil society groups like COPEC to detect the discrepancies between the BDCs and Bost and presented a report on their findings.

Also, the Managing Director for the Bulk Oil Storage and Transportation Company (BOST) Mr Edwin Provencal is reported to have also said the company made a profit of $31 million in 2020.

Over 1,500 birds to be killed on Denu farm as Ministry races to contain spread of Bird flu