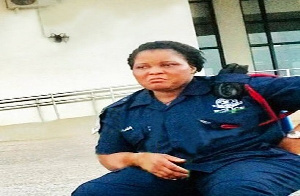 The killing of a policewoman, Corporal Agatha Nana Nabin, at a checkpoint on Tuesday, has set the rumour mill agog in the Northern Regional capital of Tamale, with various theories being propounded.

An investigation The Chronicle is conducting has landed on two divergent speculations, and wonders if the policewoman was targeted or a victim of circumstances.

The inquisition reveals that sometime in the early part of this year, popular dancehall artiste, Shatta Wale, went to perform at the Tamale Sports Stadium. Number 5472, P/W Cpl Agatha Nana Nabin, who was on official duty, was allegedly attacked with missiles.

She was later rescued and sent to the hospital for treatment, having suffered various degrees of injury. The Chronicle could however not establish the motive behind the attack.

Stationed at the Court Unit of the Northern Regional Police Command, Cpl Nabin was a Court Warrant Officer (CWO), with her job description as Aide to the Prosecutor.

By this role, she was responsible for the movement of remand prisoners and convicts from police stations to court and further to the prisons.

Also, the CWO prepares subpoena for persons who are needed to give evidence in court.

The four hooded armed men in the military camouflage, who took the life of Cpl Nabin, could have tactfully engaged the policewomen and easily disarmed them without firing even a warning shot, but why they decided to kill the young promising policewoman remains a mystery.

Meanwhile, the Acting Inspector General of Police (IGP), Mr Oppong Boanu, has assured the world that the police are going to deploy all available resources to ensure that the gangsters are apprehended.

The Acting IGP made the statement when he led an entourage from Accra to commensurate with the bereaved family in Tamale on Thursday.

Police, he said, had placed a GH¢10,000 reward for any person who would provide information that would lead to the arrest of killers. 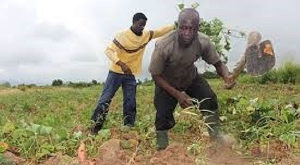 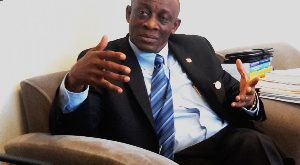