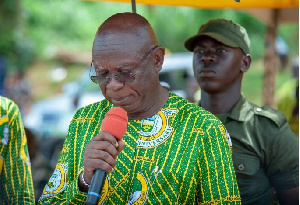 According to him, forcing workers involved in disputes to arbitration under conditions determined by the employer is inappropriate and unacceptable.

In an interview with ADR Daily, Mr Owusu-Koranteng, who is also the President of the Ghana National Association of ADR Practitioners (GNAAP), says such forced or mandatory arbitration practice is detrimental to workers.

Mandatory arbitration generally refers to an arbitration agreement that an employer requires new hires or existing employees to sign as a condition of employment in which any employee-employer dispute must be resolved through arbitration, without a consideration for other means such as negotiation, mediation and court litigation.

Citing a number of cases, he said many of such mandatory arbitration clauses name foreign venues and seats for the arbitration, with the process being influenced largely by the employer.

“I have seen a number of employment agreements with arbitration clauses that require workers who have a dispute with their employer to travel to locations like London, Singapore and Paris for arbitration. The workers also do not have a say in the selection of the arbitrators.

“For instance, how do you expect workers to bear this cost, and how can fairness be assured” he asked.

In addition, he said such mandatory employment dispute arbitration contravenes the dispute resolution arrangements stipulated in the Collective Agreements in the affected organisations.

“It takes away the right of the worker to voluntarily participate in a dispute resolution mechanism to effectively resolve his or her dispute with the employer.

“It also denies the labour unions the power to intervene and negotiate with the employer to resolve the matter,” he stressed.

Asked what workers could do to avoid such mandatory arbitration clauses, he explained that often, workers sign on such employment agreements because of the eagerness to secure a job.

“Often the workers only get to realize the meaning of that clause when there is a dispute,” he said.

Although Mr Owusu-Koranteng agreed that workers need education about the effect of such clauses, he said multi-national firms in Ghana should desist from forcing workers to arbitration through mandatory clauses.

Recent research in the United States shows that the outcome of forced or mandatory employment arbitration largely favours employers.

Stock Market breadth on the positive side as advancers outpace decliners