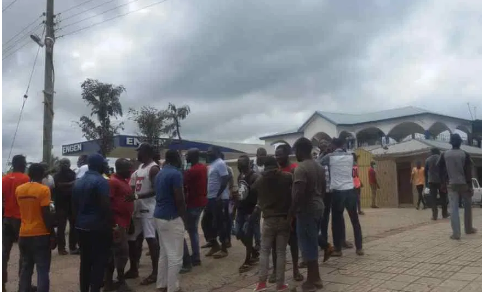 The clash ensued because the NDC parliamentary candidate, Francis Xavier Sosu, who was billed to debate with NPP candidate, Abu-Bakar Siddique Boniface, was not available when the programme commenced.

He was, therefore, replaced by the NDC Chairman for Madina. This angered the NPP supporters who started hooting at him.

The NDC supporters, who were also at the venue, returned in equal measure.

Both party supporters started trading insults and that brought the programme to an abrupt end.

But for the intervention of security personnel at the venue, the situation would have escalated