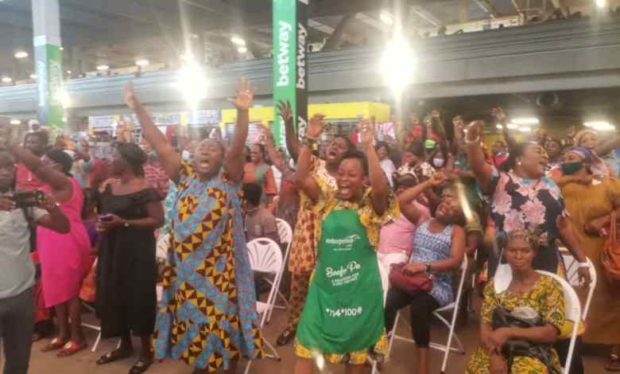 The directive which came on Thursday October 14, 2021, according to the association starts with immediate effect as for about five hours on Wednesday, the market was without electricity as the power company disconnected supply over non-payment of bills.

Traders at the Kejetia market have clamoured for the installation of metres for each shop as they complain of high electricity charges.

The association with a membership of  over 20,000 have also hinted on closing  down their shops to protest what they described as “gross incompetence” on the part of both the board and management of the facility.

Speaking to OTEC News Kwame Agyenim Boateng, chairman of the association Frank Antwi said they have given the management of the facility a one week ultimatum to settle all bills with ECG or the traders will move out of the facility to sell on pavements in the Central Business District of Kumasi.

He added that power cut brought all commercial activities to a standstill because traders were plunge into intense heat and darkness.

He disclosed that the over 7000 shops in the market together with other departments and offices uses only one electricity meter causing many problems which includes the sharing and payment of bills among traders.

Mr Frank Antwi added that, all attempts by traders to get their individual metres have proven futile as some members of the board have already blocked the process.

The traders have hinted on staging a major protest in the Kumasi Metropolis if authorities in the Region fails to head to their terms at the Market.