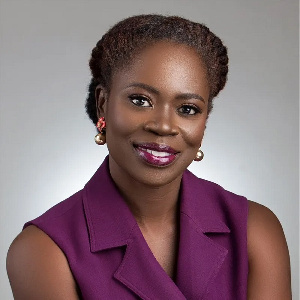 Although the equities market this year has been on a stellar run cumulatively, pension funds share has declined from the position earlier recorded in the first half of the year of 2021, latest data from the Ghana Stock Exchange (GSE) has shown.

The August 2021 report issued by the GSE to fund managers shows a marginal 2 percentage points dip in the participation of pensions as of June 2021, as it recorded 5 percent in August 2021.

According to the exchange, last year, pension funds holdings in equities were about 2.5 percent. However, the marginal increase of pension funds on the market has been a result of the profitability of companies listed on the bourse, while prices on the market have literally stayed the same. Currently, the prices of listed companies relative to their profits, as measured by their price-to-earnings ratio, are so low.

“More than half of our companies are trading at a P/E ratio of 5 and below, it is unbelievable. The pension funds are looking at the arena, it is so cheap, and it is like a giveaway. That is why we are seeing many more of them coming back into the equities market”, Deputy Managing Director of the Ghana Stock Exchange (GSE), Abena Amoah said in an interview with B&FT.

The Chief Investment Officer with Axis Pensions, Nana Boamah in an earlier interview with B&FT two months ago, suggested that to ensure an increased investment by pension funds on the local bourse, the National Pensions Regulatory Authority (NPRA) needs to set an investment minimum benchmark for fund managers that will compel them into equities.

Accordingly, the year-on-year, market capitalization and the primary index, the GSE Composite Index (GSE-CI) are up 15.69 percent and 48.94 percent respectively, with market watchers anticipating further positive activities on the market.

The rebound has been sustained by investor confidence which has been boosted particularly by the performance and fundamentals of stocks such as MTN, CAL, TOTAL, GCB and ETI.