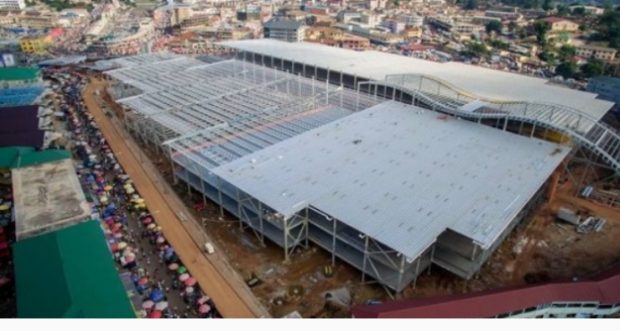 Power has been restored at the New Kejetia Market after it was disconnected on Wednesday.

About 7,200 shops at the facility were affected by the disconnection exercise.

For months, the traders, and the management of the facility have had disagreements over the payment of electricity bills.

This led to them boycotting the payment of service charges for power, sanitation and fumigation.

According to them, until each shop at the market is provided with a personal meter, no trader will pay any bill to the management of the market.

Frank Antwi, the Chairman of the Concerned Central Market Traders Association, said the traders were frustrated with the lack of progress.

“For almost a year now, we’ve not had any response, so we decided to stop paying our service charges to signal to the leadership to bring the meters to us,” he explained.

Reacting to the issue, management of the Kumasi City market, popularly known as the new Kejetia market, said plans are in place to address the concerns.

The Managing Director of the facility, Edmund Kofi Duffour Addae, is however appealing to the traders to rescind their decision not to pay the bills as the market risks shutting down if there is no money to run it.

He assured that the board will meet to approve a contract for new meters.

“In principle, the board has agreed. It is a matter of doing some due diligence and getting information and understanding from the ECG.”

“Bills up to the end of April which have been outstanding are a little over GH¢700,000 and from May to the end of September, it is about GH¢55.7 million. That is huge, and we have been paying for this for a while, but we can’t pay any longer,” Mr. Addae said.