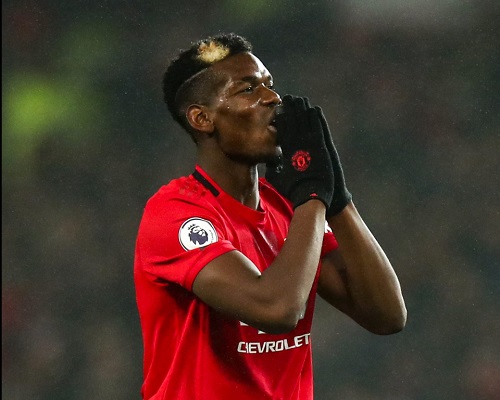 Real Madrid has reportedly offered Manchester United their pick of four players in their pursuit of midfielder Paul Pogba.

The French international has long been linked with a move to the Bernabeu, while former club Juventus have also been tipped to re-sign the 27-year-old.

Like many clubs, Real have been hit financially by the coronavirus pandemic, and the Spanish club is exploring their options as they consider summer transfers.

According to The Sun, Real will make Martin Odegaard available as part of any deal for Pogba, with James Rodriguez, Lucas Vazquez, and Brahim Diaz also mentioned.

United are also said to be pursuing Borussia Dortmund’s Jadon Sancho, and reports suggest selling Pogba could go some way towards being able to buy England forward.

However, United boss Ole Gunnar Solskjaer has openly expressed his excitement about Pogba linking up with January signing Bruno Fernandes, especially as the former has so far struggled with injuries this season.

“Good players can always play together, so definitely, they can – it’s a big yes,” Solskjaer told Sky Sports earlier this month.

“I think it’s exciting… we do have an exciting squad. I’ve got Scott (McTominay), Fred, Nemanja (Matic).There are many games coming up and I’m sure we can find a good connection between them. We’ve been discussing that as a coaching team of course, and we’re looking forward to it.

“Of course Bruno coming in, making the impact he made, it was a boost for everyone, the club, supporters and players. Getting Paul and Marcus Rashford back would be fantastic.

“Paul has had a difficult season with injuries, and Marcus as well is getting back. So for us, and for them too, this gives them a chance to start on a par or even ahead of other players.”

Related Topics:REAL MADRID
Up Next

NPP and NDC Supporters in Bloody Clash, Many Injured [PHOTOS]