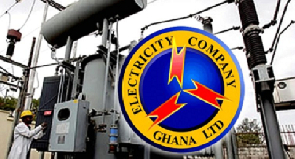 Management of Electricity Company of Ghana (ECG) in the Tema Region is expressing concern about rampant stealing of fuses in its transformers in the Tema Metropolis of the Greater Accra Region.

The power distribution company is appealing to residents to be on the lookout for thieves moving to their various substations to engage in the criminal activities.

According to ECG, the criminal acts of the miscreants have been resulting in outages in the metropolis.
ECG said the company has lost over GHC500,000 in the Tema Region as a result of the theft of the transformers in the region.

Each transformer is estimated to cost over GHC25,000 and is used to distribute high voltage electricity power to the various customers in and around the aforementioned communities.

The criminals reportedly remove the fuse which enables them to bring down the transformers to remove oil, coils and other useful parts.

“They are causing too much of inconvenience to the company and to you our cherish customers. Please, help us to serve you better,” according to Mrs. Asomani-Wiafe.

She noted that the theft of fuses and also vandalisation of transformers have been rampant since last year, adding that although they informed the Assembly members in those communities to form a neighbourhood watchdogs and be vigilant to arrest the perpetrators, nobody has been apprehended yet.

According to her, although ECG ensured all the Substations are well padlocked yet the padlocks are broken by the thieves to have access to the premise.

She added the thieves also engage in the stealing of Pole Mounted Transformers (PMT) in the region.