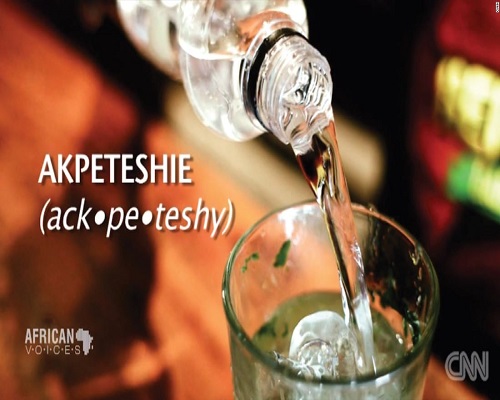 Three men who are said to be in their forties have lost their lives after drinking local gin called akpeteshie which was laced with poison.

The mortal remains of the three,  Mr John Andy, 43, Mr Loius Amangua, 41 and Mr Paul Etwe are said to have been deposited at a morgue in the Sekondi-Takoradi Metropolis for preservation and autopsy.

Assistant Commissioner of Police (ACP), Dodzi Godact Hlorazi who narrated the incident to Ghana News Agency said that on Friday, January 22, 2021, Mr Andy and Mr Amangua shared a tot each of the drinks bought at 1.00 Ghana cedis.

After taking the drink, the two went to a village called Nyamebekyere. However, they complained about stomach ache and died few minutes after the complaints.

Also, Mr Etwe  is said to have taken one tot of the drink which sells at GHC 1 but complained about stomach ache afterwards and was rushed to the Saint Martin De Porres Hospital at Eikwe but he died.

ACP Dodzi Godact Hlorazi indicated that the owner of the drinking spot and his wife reported themselves to the police but upon getting wind of their presence at the police station, the youth of Aiyinasi besieged and wanted a mob action to bring the issue to rest but the police did not allow that.

The two have since been detained by Esiama police station where they were referred  to go.