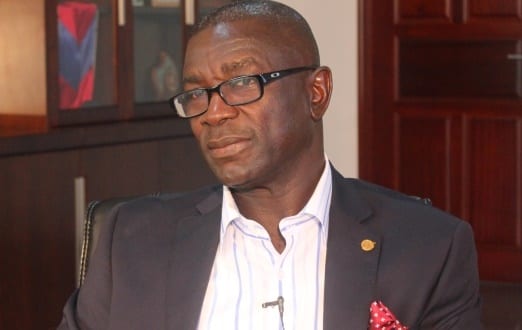 Kofi Amoabeng’s UT Bank was part of the banks which were closed down due to their liquidity issues and the utter disregard for Corporate Governance.

Speaking in an interview with Accra-based Mx-24 monitored by MyNewsGh.com he indicated that sometimes he thinks he will be given a jail term because of the issues with his bank.

“Yeah Yeah Yeah,” he responded when asked if he thinks he will make a jail term.

The businessman acknowledged that as a bank, a lot of mistakes were done indicating that “as human beings we are fallible”.

Four companies received belonging to Ibrahim Mahama took a loan of ¢261.4m from UT Bank with Dzata Cement receiving ¢131.5m but lawyers for Ibrahim Mahama have disputed the figure but declined to state the amount taken.

Addressing this issue, Kofi Amoabeng said he has never regretted giving out such monies to the brother of the former President of Ghana to start his business.

“I don’t regret it,” the businessmen answered to a question on whether he regrets giving Ibrahim Mahama the loan.

The Attorney -General (A-G) in February this year filed new charges at the Accra High Court against Prince Kofi Amoabeng, the founder of the defunct UTBank, over the collapse of the bank.

The charge sheet filed at the Accra High Court named as accused persons Dr Johnson Asiama; a former 2nd Deputy Governor of the Bank of Ghana (BoG), Raymond Amanfu; a former Head of the Banking Supervision Division (BSD) of the BoG, Catherine Johnson; Head of Treasury of the UTBank, Robert Kwesi Armah; General Manager of Corporate Banking of UT Bank and UT Holdings; the parent company of UT Bank.