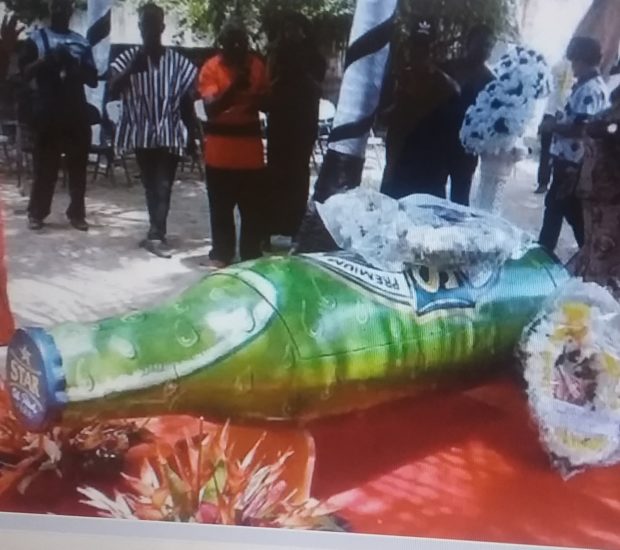 Funerals in Ghana have transcended from the usual wake-keeping, church activity and burial service it used to be some decades ago to a more sophisticated event.

For the sake of adding a little spice to funerals and glorifying the dead, other elements including pallbearing, designing of caskets have been adopted.

It was one of such funerals that a casket of the deceased has gone viral. He was laid in a beer-shaped coffin.

The casket was deigned to take the perfect shape of a Star beer bottle and a small opening was left for viewing the body.

Six pallbearers carrying the coffin also brought a bit of display to the solemn event.

Such custom-designed coffins are made to depict either the occupation of the deceased or a favourite hobby.