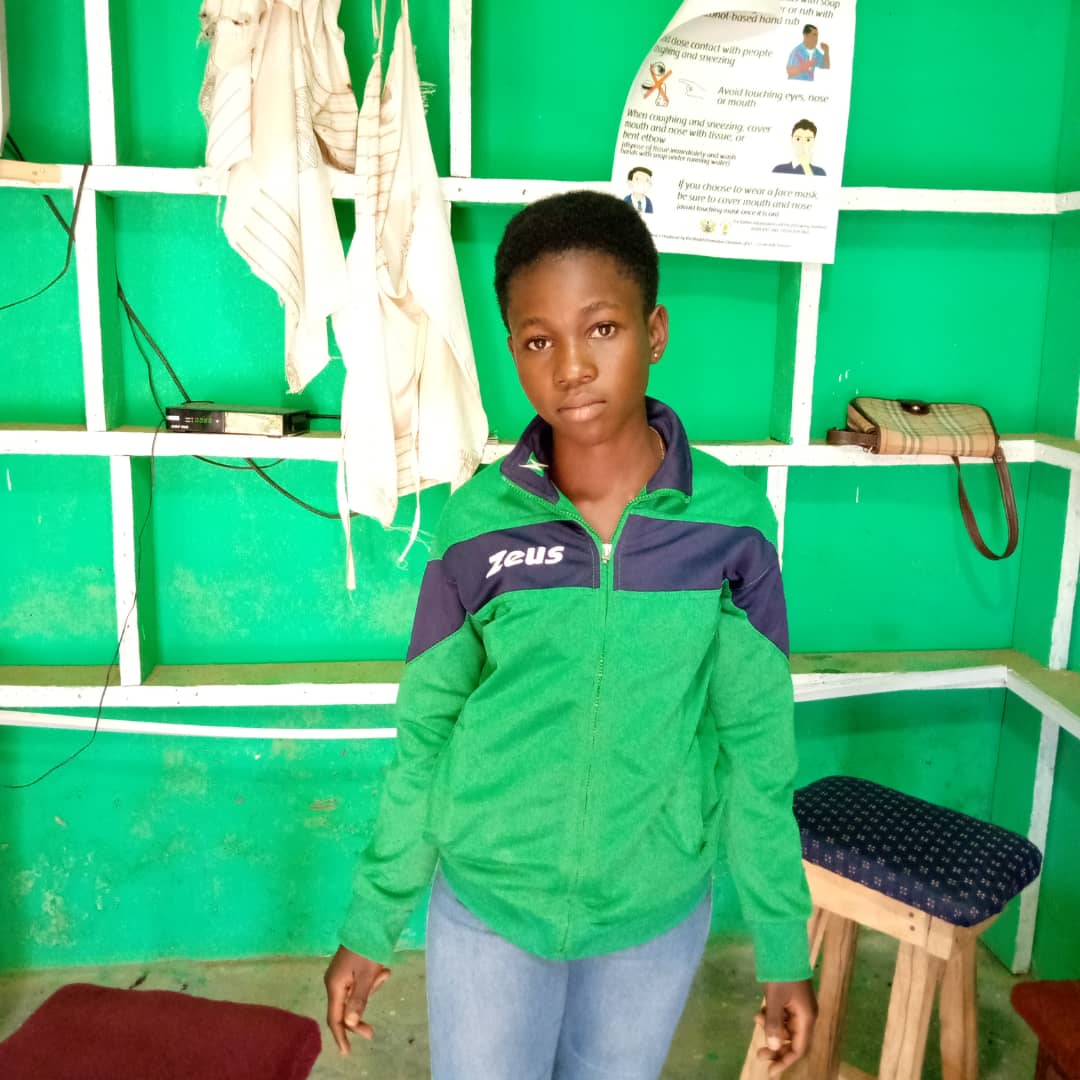 While most teens in Junior High School or Primary are beginning to think about what they want to do as work in future, a Yawamatwa 11-year-old girl is well into her aspiring career after finding her niche at a barbershop.

The 11-year-old barber identified as Suzy Armah was spotted at her barbershop at Yawamatwa in the Bia West District of the Western North Region of Ghana.

The teenager’s fascination with haircutting and styling has won her admiration in her locality.

GHevent TV crew met the 11-year-old barber who is probably the youngest barber in Ghana for a chit chat with her.

The GHevent TV were dumbfounded after seeing a female at her tender age doing marvelously well and very professional with her craft, something which is rarely found in Ghana.

According to Suzy Armah, she also doubles as a professional dancer and her barbering skills started when one time her elder brother wanted to shave and there was no money for him to go to the barbershop so she offered to help him out.

She added that when she offered to shave her brother, her whole family burst into laughter but she was unperturbed by the mockery and shaved her brother to the amazement of the whole family.

“I woke up one day and her brother wanted to shave but there was no money to go the barbershop, so I offered to help him out – it was a bold decision telling my brother I would help trim his hair and the whole family burst into laughter, many said this girl you are very funny. But I never allowed the mockery to be an obstacle. I went straight into the room, picked up a comb, a pair of scissors and blade, told him to trust me and sit down.” Suzy recounted.

“My brother gave out the condition that, after I finished and it doesn’t look nice, he was going beat me up and I boldly agreed to his condition.” She added.

She also talked about her ambitions, the future of her barbershop and more.