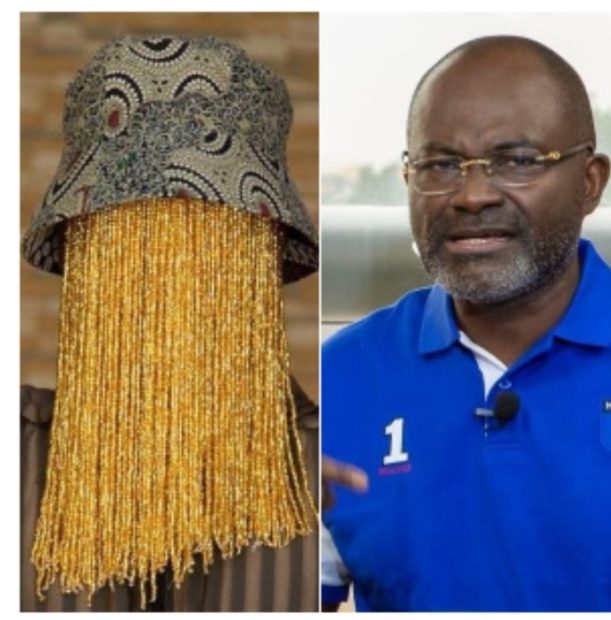 There has been a new twist in the case of defamation brought against the Member of Parliament for Assin Central, Kennedy Agyapong, by ace undercover investigative journalist, Anas Aremeyaw Anas, after the Chief Justice admitted the request of one party for a choice of a judge to continue the hearing of the case.

Kennedy Agyapong had written to the CJ, Kwasi Anin-Yeboah, requesting that judge Eric Baah be retained in the defamation case after a substantive judge had been put on the case, stating timing and knowledge of the case for their choice.

According to a 3news.com report, the New Patriotic Party (NPP) lawmaker had apparently written to the Chief Justice, through his lawyers, to have Justice Eric Baah, who had earlier been put on the case in a substantive capacity, to rather be retained on the case currently running at the High Court.

The lawyers for Kennedy Agyapong had argued that Justice Gifty Addo, the substantive judge on the case after Justice Daniel Mensah (the Dormaahene), who initially started handling the case in 2018 but was in 2020 transferred to Tema, was not qualified enough to handle it.

After his transfer, Justice Baah, a Court of Appeal judge, who had sat on the case as an additional High Court Judge, took over but temporarily until Justice Gifty Addo was brought in.

The report added that unhappy with this decision, and on the blind of the other party in the case, lawyers for the defendant, wrote to the Chief Justice to request that Justice Baah is rather maintained on the case.

“I am aware that a new Judge has been posted to the High Court, General Jurisdiction Division 2. It will take some time for the record of proceedings to be put together for the new Judge. She will need further time to study the record to familiarize herself with it to enable her effectively continue it. She also does not have the benefit of the demanour of the witnesses so far,” the request to the CJ stated in part.

This request was eventually granted, with the lawyers for the complainant, Anas Aremeyaw Anas, only finding out after they went to court for a sitting. 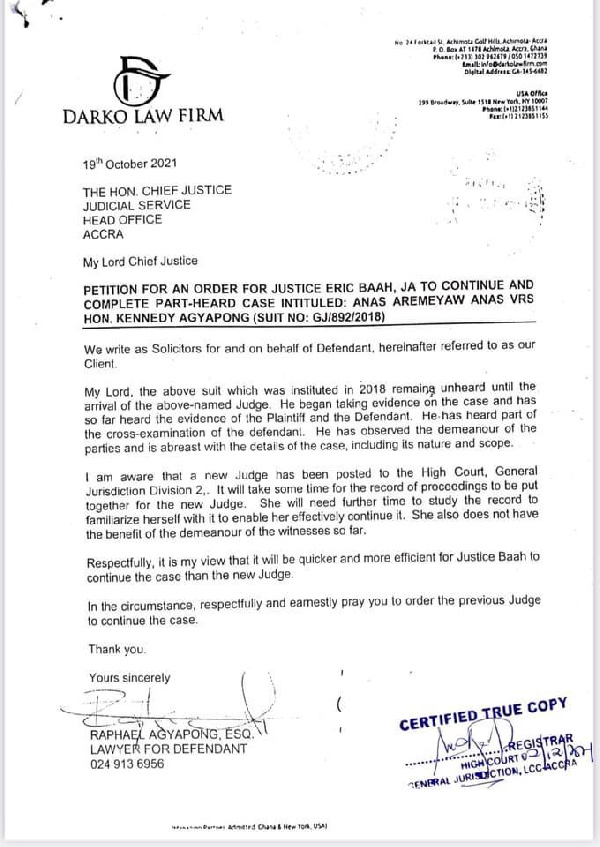