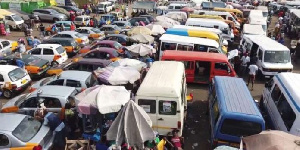 The Coalition of Commercial Transport Operators has directed all commercial transport operators to embark on a sit-down strike from Monday, December 6th to back home their demand for government to remove five taxes contained in the 2022 budget.

The five taxes and levies are- the Price Stabilization and Recovery Levy, the Special Petroleum Tax, Energy Sector Levy, Energy Debt Recovery Levy, and the Sanitation and Pollution Levy from the pump price of petroleum products.

This was contained in a statement issued and signed by Mr Ibrahim Musah, Executive Secretary, of the Joint Association of Port Transport Unions, (JAPTU) Ghana, and copied to the Ghana News Agency.

It said the Coalition had also directed the leadership of all its affiliates to close their stations from Monday to ensure full compliance.

Mr Musah said the Coalition had also advised all drivers and owners of commercial transports to fully comply with the strike directive as it has cautioned that there would be severe administrative consequences for any member who would be found to be in breach of the directive.

He said the sit-down strike was the second step of their protestation, as he noted that all operators from November 23, 2021, started displaying red bands on their vehicles as a signal to the government regarding their impending industrial action.

He added that a unanimous decision was taken by all the various transport operators associations at a meeting held at the Ghana Trades Union Congress’ building in Accra on November 22, 2021, to protest against the “deafening silence of government in the 2022 budget statement on the removal of the five specific nuisance levies and taxes.”