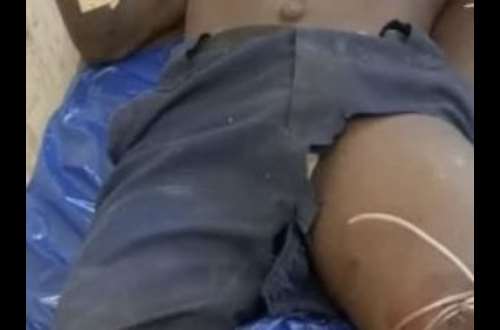 Ernest Ahiaku, a Community Policing Assistant (CPA) attached to the Kadjebi Police Station in the Oti Region, has lost one leg in a motor accident.

He was involved in a head-on collision with a GCB Bullion Van with Registration Number GC 1128-19 on Thursday.

Deputy Superintendent of Police (DSP) Gyan-Mante Frempong, the Kadjebi District Police Commander, who confirmed the accident to the Ghana News Agency on phone, said the victim had been referred to the Korle-Bu Teaching Hospital for further medical attention.

He said the accident occurred at Kordibenu, a farming community in the Kadjebi District.

The Bullion Van, which was from the Nkwanta direction to Hohoe, collided with the CPA, who was riding a motor-bike, he said.