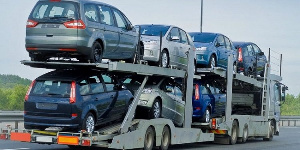 The Automobile Dealers Union of Ghana has hinted at a possible increase in the cost of imported vehicles into the country from March this year.

According to them, this is due to government’s downward review of the benchmark values discount on vehicle imports.

In an interaction with Citi Business News, General Secretary of the Dealers Union, Clifford Ansu said the development will now force members to sell imported vehicles at much higher prices in order to make profit.

“Customers in the system will pay for the price increase because nobody imports something to sell at a loss, we import to sell at a profit. The new revision will lead to cars that cost US$20,000 costing about US$23,000, which will affect the customers.”

“We are concerned about the possible price increases because if we import, and they don’t buy, then we will incur losses. But what can we do? We can’t import and sell at a loss,” he is quoted by Citi Business News.

Meanwhile, Government through the Ghana Revenue Authority has commenced the implementation of the 30 percent and 10 percent benchmark discounts on general goods and in vehicles imported into the country respectively.

Prior to this, stakeholders including the Association of Ghana Industries and the Ghana Union of Traders Association among others have expressed their disagreement and sentiment over the review.