Home / GENERAL NEWS / Council of State: Why pay ex-gratia to people when the president has so many advisers – Dr. Baah 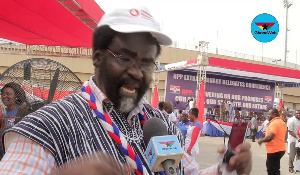 Council of State: Why pay ex-gratia to people when the president has so many advisers – Dr. Baah

A Political Scientist, Dr. Richard Amoako Baah, has said that there is no need to be paying members of the Council of State just because they advise the president.

He indicated that paying another set of people to advise the president is an unnecessary burden to the state because presidents have a lot of advisers who are also being paid by the state, asaseradio.com reports.

According to him, if there will be a Council of State at all, then it should be on a voluntary basis and persons on the council should not be receiving huge benefits such as the GH¢ 365,392.67 ex-gratia reportedly given to past members of the Council.

“That’s one of the things [ex-gratia] that I don’t think we have to have. We can have volunteers to do it [to be Council of State members] … we have all sorts of institutions to advise the president. Why do we need this one [Council of State]?

“So, yes, it should be scrapped … we don’t have money…we’ll be surprised how many competent people will apply to do it for free if you put this across. There are people in there who are not competent to be there [Council of State],” Amoako Baah is quoted to have said on Asaase Radio’s Big Bulletin show.

Also, the political scientist commended Togbe Afede XIV for returning the GH₵ 365,000 Ex-gratia given to him by the government.

“The chief has done very well. Even though he has done well, it has exposed the corruption that is going on there,” he said.

Togbe Afede drew praises from Ghanaians after he rejected a GHC365,392.67 Ex-gratia for his service in the Council of State on the grounds that payment was inappropriate for a short, effectively part-time work.