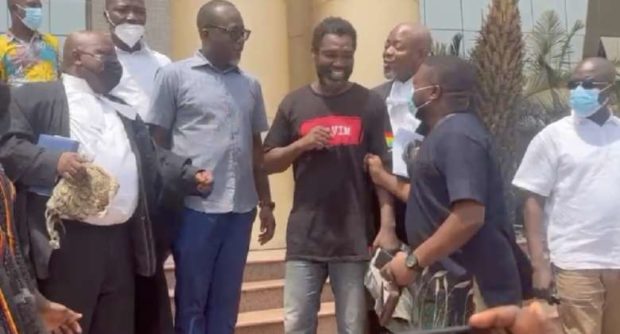 The criminal division 5 of the Accra High Court has discharged a freelance journalist, Sacut Amenga-Etegu, who was arrested for allegedly filming court proceedings.

The court discharged the journalist, on Tuesday, 1 March 2022.

Earlier, before detaining the journalist, the court presided over by Her Ladyship, Lydia Osei Marfo had noted that the Mr Amenga-Etegu could “be a security threat to the court and the court complex at large, if not the whole country.”

According to the Judge’s Court records, she heard a noise outside the courtroom while calling a trial case.

She indicated that what she heard on the corridors of the Court “were not ordinary noise.”

Thus, she prompted her Court Warrant Officer (CWO) to investigate.